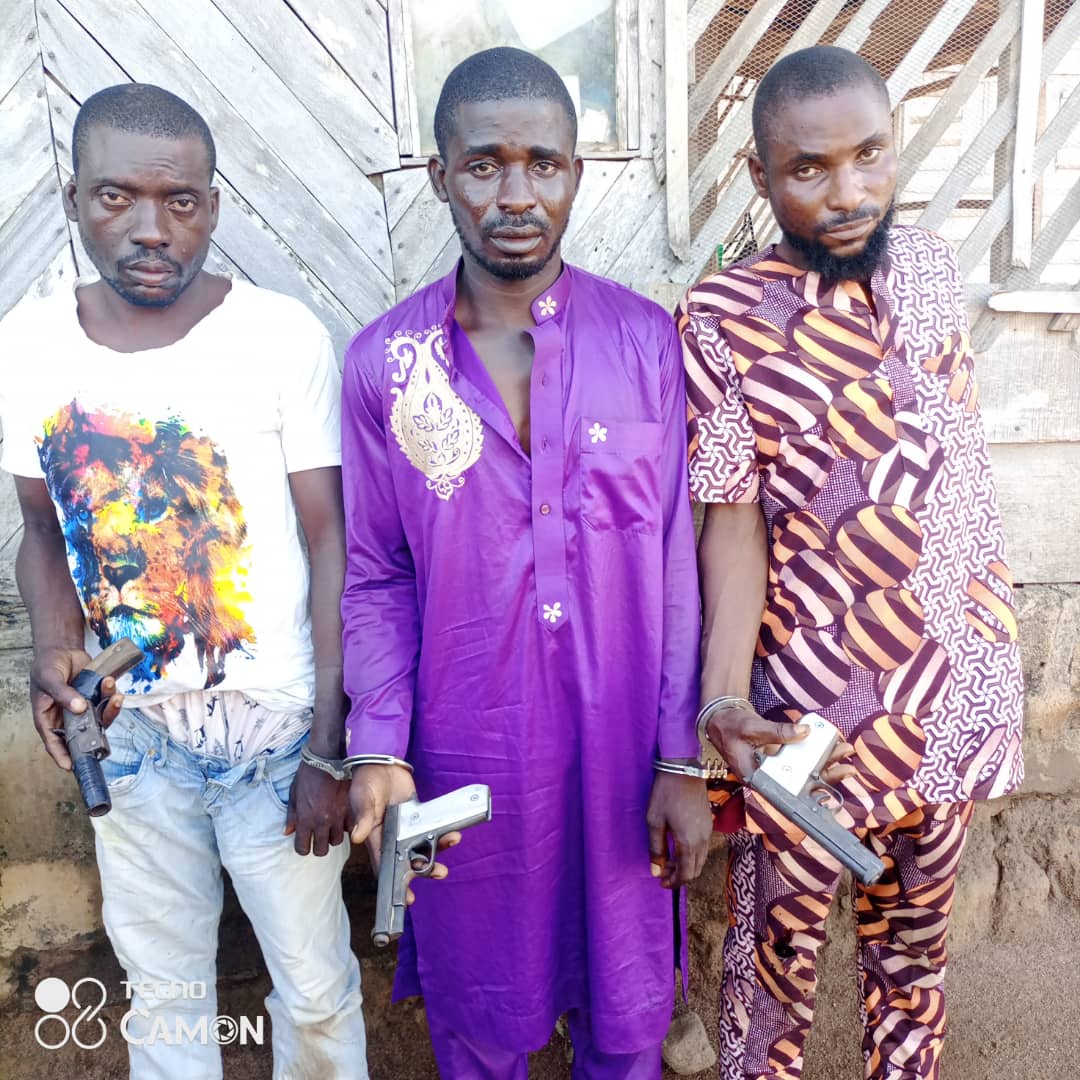 The travail of about thirteen villages which Oba Adewale Adeniji, Oniraniken said to have secured a frivolous judgement over the ownership, has resulted to the high level of insecurity in the community and nearby villages causing pandemonium to the residents over fear of being attacked or kidnapped by the hoodlums.

The level of insecurity has risen above comprehension after Oba Adewale Adeniji, Oniraniken invited the armed bandits to the said land (over 4, 000 acres) which he believed they will secure the land for him despite court order and rulings on ownership of the property with their guns and weapons.

Today, The men of the Nigeria Police Force, NPF Special Squad has apprehended three among the dare devil, caught in the act at Oke Rala village, Shimawa area of Sagamu, Ogun state.

The three suspects who are said to be have been working for Oba Adewale Adeniji, Oniranike of Iranike were arrested on the land belonging to Olumeru Adeyemi Sodiya Family in Oke Rala village, Shimawa area of Sagamu following the petition from the community residents to the Inspector General of Police over insecurity in the villages.

According to the police source, the force special squad received distress call from resident of Shimawa over kidnapping and banditary which made them swing to action from Abuja, during the raid, live ammunition and dangerous weapon was recovered from the gang of land grabber apprehended after others are at large.
The suspected hoodlums arrested are Afeez Sunday 41yrs old “m” of Ikorodu LGA, Surajudeem Isiaka 33yrs old “m” of Ikorodu, and one Muranikeji Ogunkeye 32yrs old “m” of Ikorodu LGA of Lagos state.

Other villages affected by the insecurity are Okerala Odofin, Okelara Apena Seriki village, Okerala Tarogun village, IpaVillage, Ososa Village, Simawa village respectively, leaving the residents in daily fear to perform their daily activities over fear of being kidnapped and killed by these men.

Meanwhile, Ogun State House of Assembly had summoned the Oniraniken of Iranike (Elewu Oku), Oba Adewale Adeniji, to appear before the lawmakers on January 23, 2021 to tender his documents proofing him as the genuine owner of the 4,000 Acres of land but he couldn’t provide any but paid for hoodlums to terrorize the entire villages causing fear to the dwellers.

Same hoodlums was said to have attacked so many residents leaving on Lukman Kareem with high degree of injury, his left eye was damaged by the gang, while several people were also injured and displaced.

The suspected land grabbers arrested today were whisked away to Abuja by the special force for questioning today after the palace of Oba Adewale Adeniji was searched but could not find him before they left for the force headquarter.