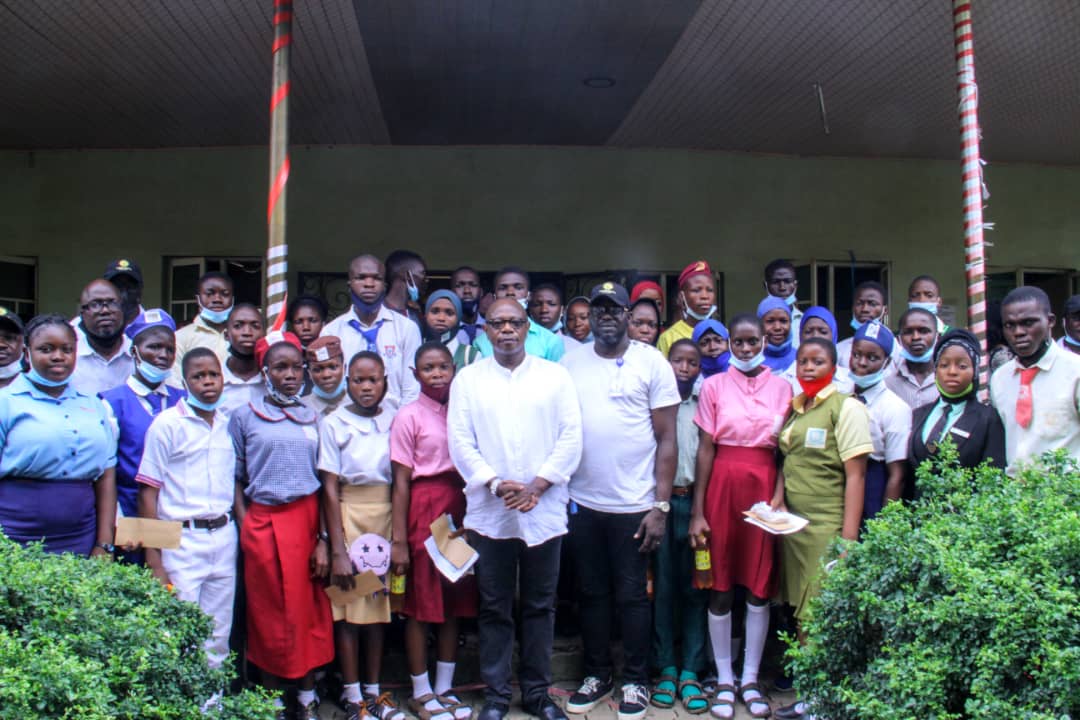 TRIXX NG reports that the leadership of Tortuga Frigate in Ikorodu has been applauded by parents of fifty-five secondary school students who were given NECO SSCE scholarship on Friday, 7th Of May, 2021 in Lagos.

During his speech, the chairman of Tortuga Frigate In Ikorodu, Comrade Pelumi Olamilekan Rado explained that the reason behind the initiative is to support the Government and equally help any indigent but very brilliant student that his/her parents cannot afford to obtain the  NECO-SSCE.

He noted that it is a little way Tortuga Frigate has decided to give back to the society as the organization has done in time past. He made it known that previously, Tortuga Frigate has donated environmental equipment markets in Ikorodu, gone to the orphanages to provide relief materials and cash items, and that the organization has intentionally spoken against violence among youths in order to make the world a better place.

He further urged the beneficiaries of the scholarship to try their possible best to come out in flying colours during the exam, as that is the only way Tortuga Frigate can be encouraged to do more

‘Today in one of our lined up Programme, we are presenting Fifty-Five (55)  NECO Forms for  indigent but brilliant students across Senior Secondary Schools In Ikorodu Division and to  some prominent Associations within the same Division. You will recall that the State Government Pays for the May/June West Africa Examination (WAEC) to students in Lagos State, we took this upon ourselves to support the Government and equally help any indigent but very brilliant student that his/her parents cannot afford to obtain the  NECO-SSCE.

This is our little way in stretching our helping hand to the society, It has been tedious in achieving this lofty goal but thanks to the wonderful officials.

To all the beneficiaries, I want you to make good use of the opportunity by coming out in flying colours as this may determine what you will become in life.’’

Also, the NUT Chairman in Ikorodu, Comrade Olufemi Fakolade appreciated Tortuga Frigate for bringing up such an initiative that is aimed at building people and investing in their lives, making the world a better place to live in.

‘In The Spirit World, Buhari Is The Glory Of Nigeria’ – Father Mbaka (Throwback Video)