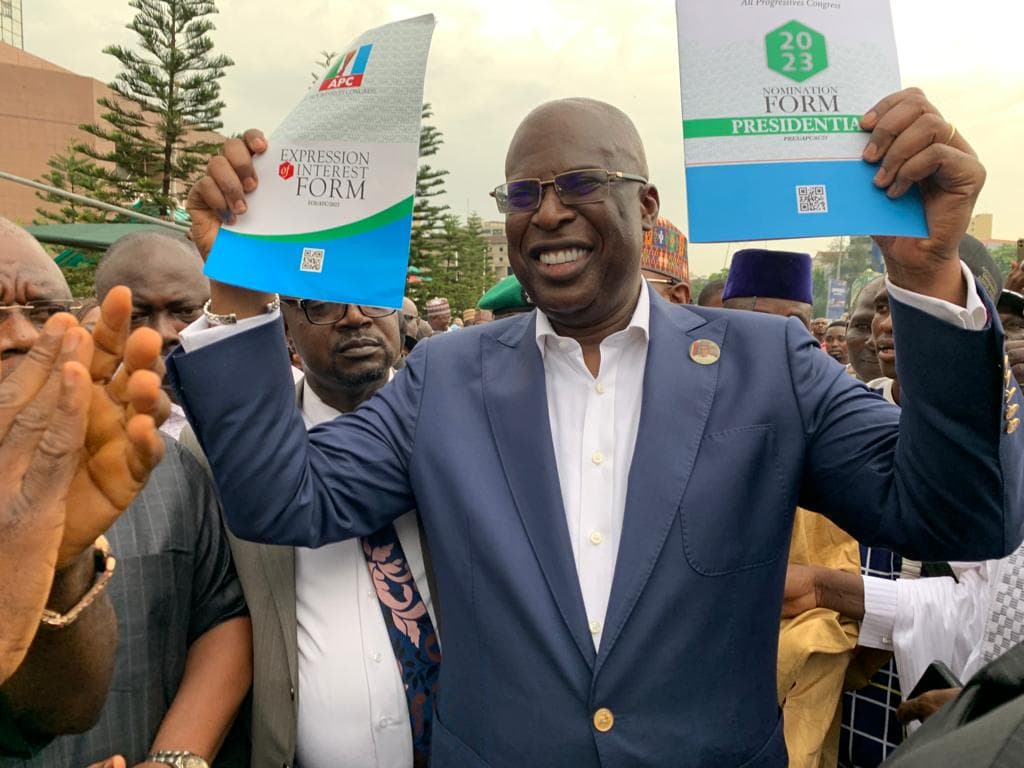 A group, Good People of Nigeria, said they obtained the forms on behalf of Sylva, a former governor of Bayelsa.

Speaking in front of the NNPC Towers in Abuja, leader of the group, Alhaji Mohammed Abu Abaji, said the group had been closely monitoring the works of the minister in controlling the petroleum resources of Nigeria and believes that he is the right person to take over from President Muhammadu Buhari.

He said: “That is why we bought these forms and called on him to come and contest in the APC primaries; I think it is one of the small things we can do for him.

“For the period he has been the minister you can see that he has spent a lot of time in the Niger Delta to talk to his people. We believe that as a president a lot will happen for oil prospects for the development of Nigeria. We are the good people of Nigeria and it is a collective donation. Everybody you see here donated money for the fund.

Sylva received the forms and lauded the group as he expressed shock that they could go to that extent to obtain the forms for him.

The minister however, said he would not confirm his acceptance of the forms as he needs to consult widely before taking a decision.

“It is very humbling and I must also say it is shocking. What I will do now, I will not give you a direct response. I need to consult my constituency, the leaders of this country and then I will come back to you to let you know if I have taken a position to run for the president of this country.

“I will go to my leader, for example the Ijaw leader, Edwin Clark, I will talk to him; I will also consult other leaders,” Sylva said.

2023: Not Everyone Can Be President – Tinubu To Osinbajo, Amaechi, Others