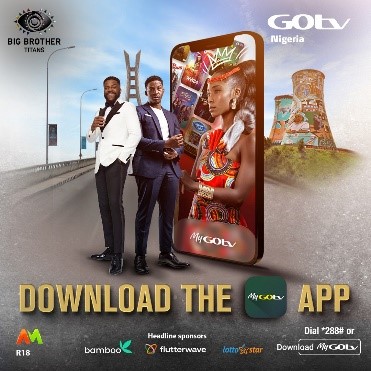 If you missed the last few days of the Big Brother Titans, then just know you have a lot of catching up to do. Thankfully we are here to give you a rundown on the twists, party turn up, drama and pairings that went on in the house.

On Saturday saw the first-ever BBTitans Saturday night party. We expected fun and excitement with the possibility of new ships setting sail. What we did not see is the ‘Khoyemi’ ship hitting an iceberg after such a short time at sea. During the party, Yemi made it a point to dance with most of the ladies in the house and even shared a kiss with Blue Aiva.

Tensions were high on Sunday during the mock live eviction show. The show hosts, Ebuka and Lawrence, brought their A-game, and we loved every minute of it on the suspense and banter between those two.

On Monday, Big Brother introduced a twist on the show which resulted in the housemates being paired with a contestant from the opposite country and gender.  The housemates were paired in the following order. Thabang and Nana, Nelisa andYemi Cregx, Juicy Jay and Olivia, Jaypee and Lukay, Justin and Yvonne, Tsatsii and Ebubu, Kanaga and Blue Aiva, Yaya and Marvin, Mmeli and Jenni O,Sandra and Theo Traw, Blaqboi and Ipeleng, Miracle OP and Khosi.

According to the rules, the reward or punishment gained by one housemate in the pair will be enjoyed or suffered by their partner. The evictions, nominations, disqualifications, and strikes of one member of the pair affects the other.

Blaqboi won the Head of House game and Ipeleng gets to enjoy the benefits according to the new rules.

Twitter was buzzing with lots of comments and theories on what the pairing might mean and who their favorite pairs were.

At the end of the nominations, Yelisa (Yemi Cregx and Nelisa), Royals (Ebubu and Tsatsii), Sandtheo (Sandra and Theo), and Juvove (Justin and Yvonne), were up for possible eviction this week.

GOtv subscribers now have more voting power to keep their favorite pair in the house for another week.

Join the conversation on social media using the hashtag #BBTitans. Get a GOtv decoder + GOtenna with a one-month Max subscription for N9,900. Download the MyGOtvApp or dial *288# to subscribe or upgrade your subscription.

JUST IN: Two Big Brother Titans Housemate Caught Having S*x In The Toilet(VIDEO)

After 3 hours of doubting, Glo promo House winner turns up to claim prize