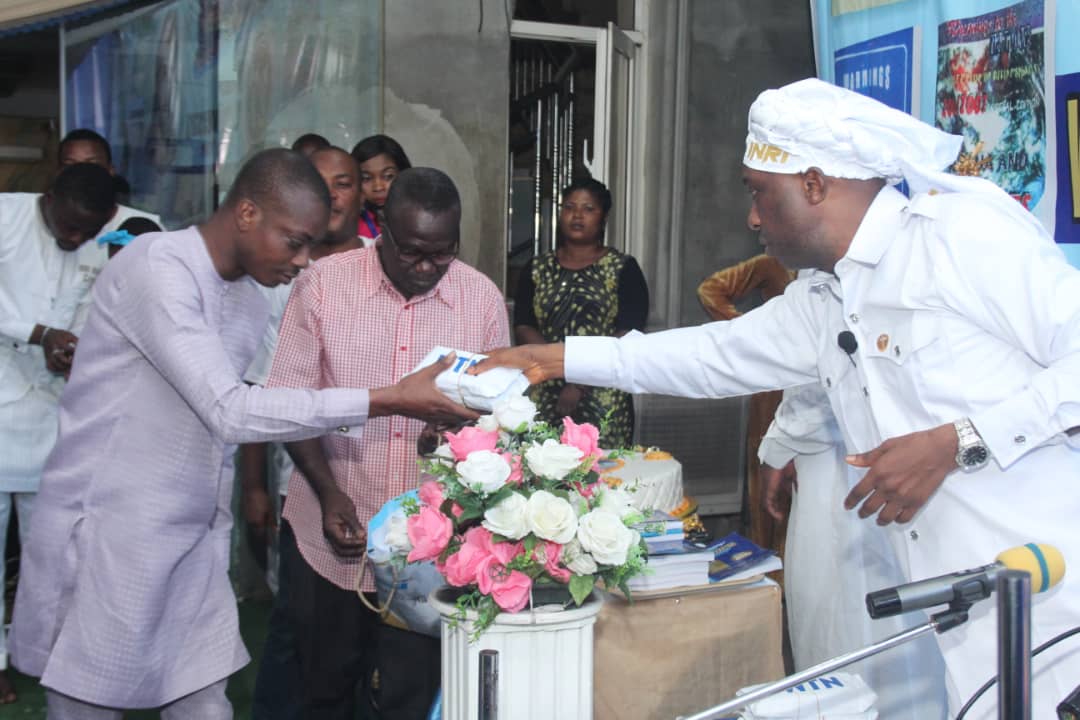 The Leader Of INRI Evangelical Spiritual Church, Primate Elijah Ayodele has empowered journalists with over N5 Million during the launch of the 27th Edition of his annual book of prophecy titled Warnings To The Nations.

The launch started with the empowerment programme that put smile on the faces of journalists from prestigious media organizations. The empowerment is to cater for the education, personal upkeep, and general support for the beneficiaries.

It is worthy of note that in February 2021, Primate Ayodele gave out two cars to popular journalists, and empowered several others with about N7 Million.

During the presentation of another batch of empowerment yesterday, the popular man of God stated that his aim is to empower many journalists as possible, making it known that his projection is giving cars to about 100 journalists who have supported him since he started his ministry.

He went down the memory lane by giving instances of how some notable journalists have helped his ministry to reach many parts of the world which ordinarily may not have happened if God didn’t place them in his ministry.

Primate Elijah Ayodele is known to be a man of God who rewards good deeds, and engage in great philanthropic works. For several years, He has been actively involved in providing for the widows through his Church’s widows foundation, giving food items to church members during Sunday services, sponsoring Christian and Muslim pilgrimages, setting up businesses for church members, giving out tricycles to church members, buying WAEC and JAMB forms, sponsoring tertiary education of many youths, to mention a few.