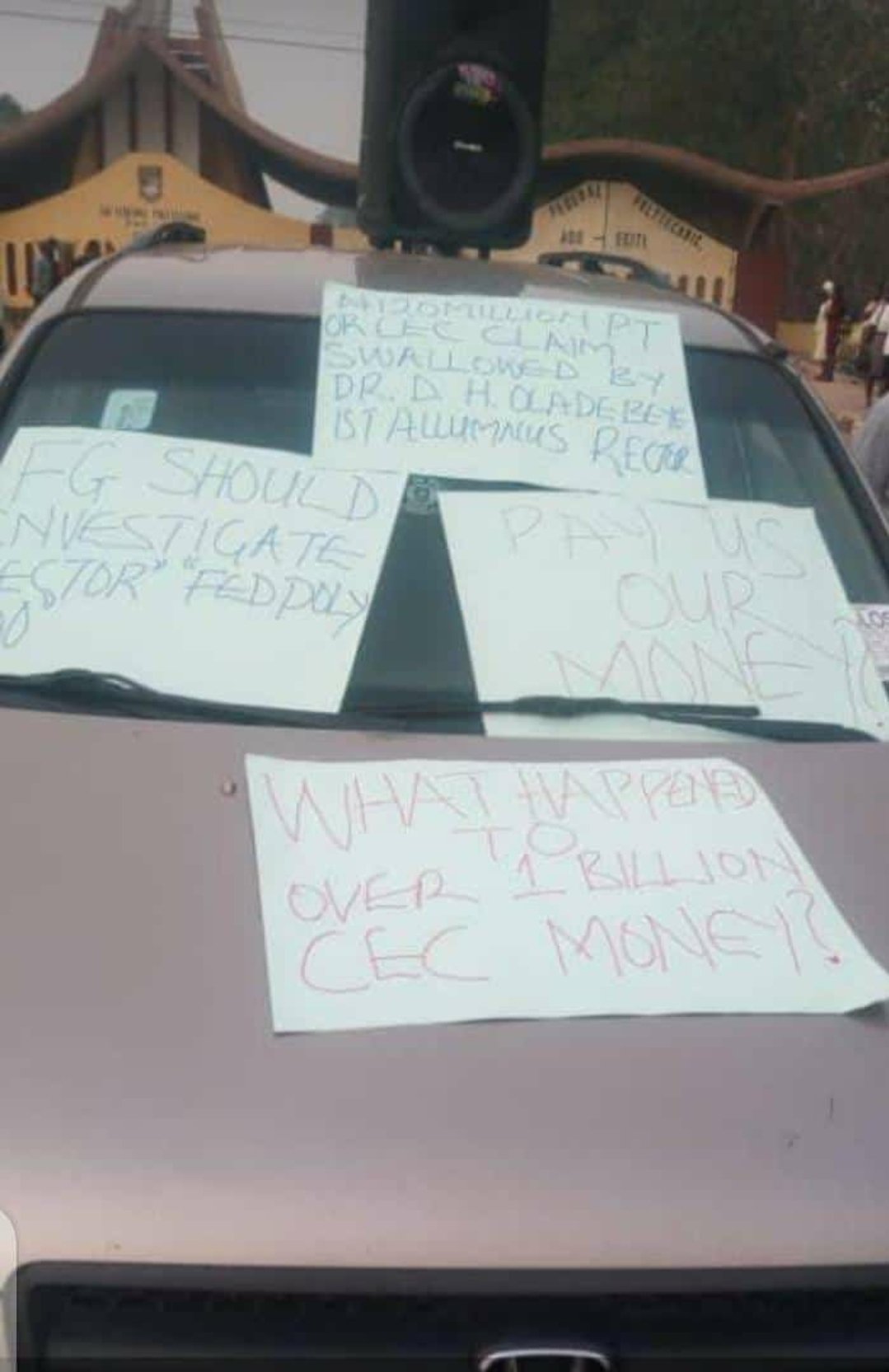 The rector of Federal polytechnic, Ado-Ekiti is currently on the run after investing about N1 Billion meant to pay salaries of lecturers into Bitcoin.

The lecturers have reportedly began strike action by closing down the gate of the school in protest of N1 Billion salaries arrears owed by the rector.

Students have also shown displeasure over the rector’s action, as the federal government is being called upon to intervene