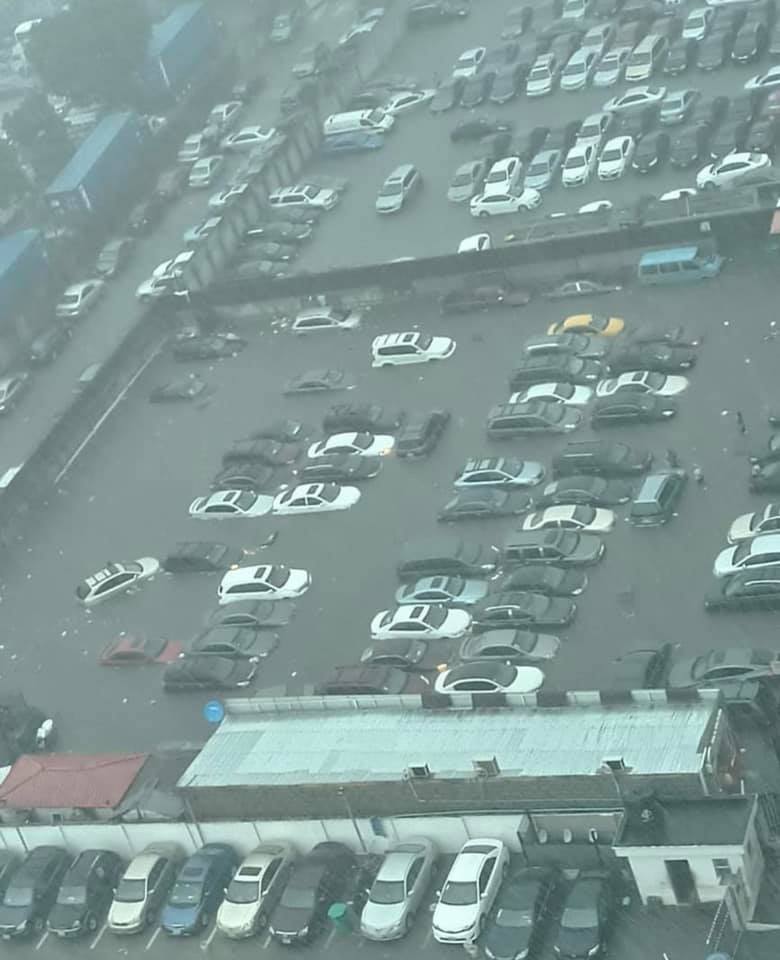 TRIXX NG reports that some businessmen and women operating in Marina, Lagos Island are currently counting their loses due to the raging power of flood in the state.

In pictures and videos making rounds on the internet, cars were seen almost buried in the flood as some tried to push their vehicles from the flood.

Due to the incessant rain fall that has been going on for some days, people have deserted their homes in this affected areas to seek solace somewhere else till the flood situation subsides