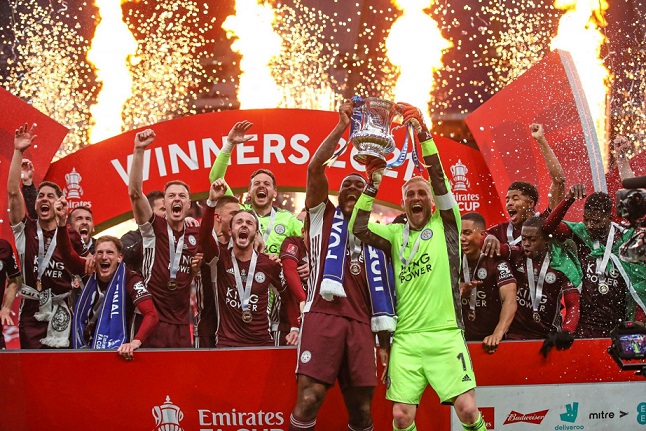 The prize money Leicester City will earn after winning the 2020/21 FA Cup trophy has been revealed.
The FA Cup reached its conclusion on Saturday evening, with Leicester crowned champions after beating Chelsea 1-0 in the final.

Youri Tielemans scored the only goal of the match in the second half at Wembley Stadium to ensure Leicester defeated Thomas Tuchel’s side.

Chelsea left-back Ben Chilwell’s goal was controversially ruled out by VAR during the encounter.

The victory against Chelsea was Leicester’s first-ever FA Cup in the club’s history.

However, according to the Mirror, the total prize fund for the FA Cup is £15.9 million, which is distributed among all 188 teams that entered the competition.

Leicester pretty much doubled their total prize money by winning the final against Chelsea.

How god Of Thunder Sent Sunday Igboho, Others From Osogbo Rally Ground