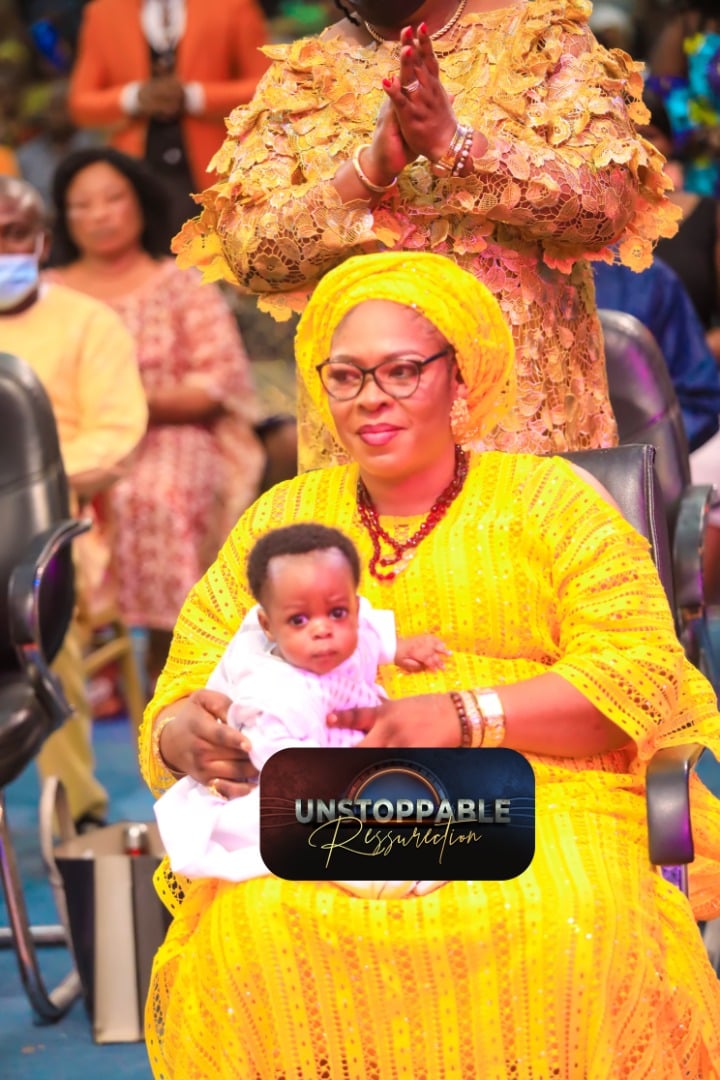 Trixx NG reports that the Queen Of Ooni Of Ife, Olori Naomi Ogunwusi was at Champions Royal Assembly Yesterday with her mother and son, who is the Prince of the traditional ruler.

The church, owned by Prophet Joshua Iginla played host to three of them yesterday during service and it was nothing short of God’s glory.

During the service, Joshua Iginla was described as quiet but fiery by the Queen.

See their pictures below