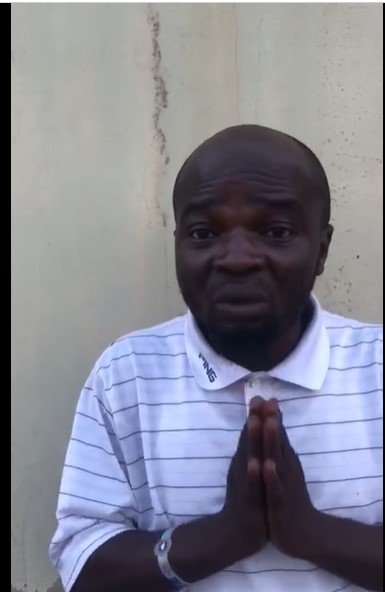 TRIXX NG reports that a graduate of Ladoke Akintola University, Oludare Alaba who was in the news yesterday after he stormed his Alma malta to return his certificate and requested for a refund of his school fees, has made more revelations concerning his actions.

In an interview shortly after the drama happened, Oludare made it known that his certificate has not been useful to him since he graduated from the school and that the only opportunities that have come his way always have to do with being fetish or money ritual.

He explained that he can’t do money ritual because of the consequences and that he is an entertainer who needs money to push his career. Therefore, if he gets a refund from his former school, he will invest the money into his career

‘’My name is Oludare Alaba, a graduate of Ladoke Akintola University Of Technology (LAUTECH), what prompted me to return the certificate and asked for a refund is because I don’t know its usefulness since I graduated, the only opportunities I got was fetish or money ritual and I can’t do it because I want to be useful to myself and family.’’

‘’I once asked my father to help me get money to pursue my entertainment career but he has not been able to repay the loan he used in sending me to school. He said he should have started eating the fruit of his labour. So when I thought about all of this, I felt I should return the certificate and get a refund of my money so I can invest it on my entertainment career’’