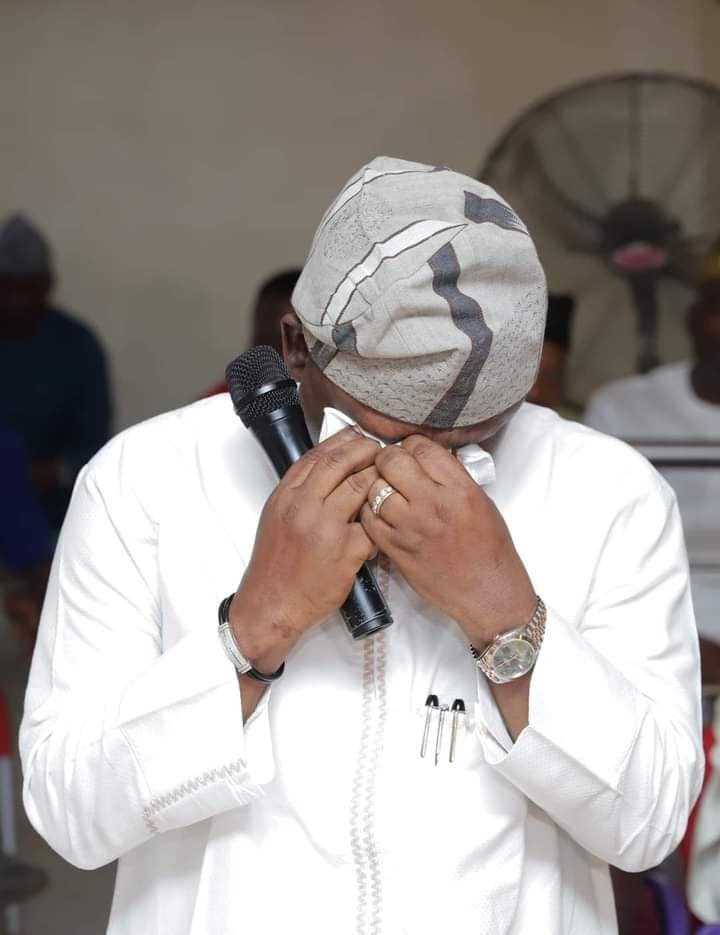 Yayi was dramatically presented his nomination form by some group of people that ‘bought’ it for him and in response, he went emotional and started crying because according to him, he has never experienced such a great act of philanthropy from people before.

Before now, Yayi has always been a Lagos person, with his political origin traced to the national leader of the All Progressive Congress (APC), Asiwaju Bola Ahmed Tinubu until 2019 when he wanted to run for the seat of a governor in Ogun state. He was making plans before dropping it for Governor Dapo Abiodun.

Governor Dapo Abiodun is entitled to a second term in office therefore, Lagos-based Senator Adeola decided to wait a little longer at the national assembly by switching to Ogun west where he will probably wait for Dapo Abiodun to finish his second term before running for governor again.

While Yayi’s ambition has legal backing, it is important to consider the drive behind his aspirations, is it really for the benefit of the people or for the benefit of his political career at the expense of the innocent populace of Ogun west?

Taking a critical look at the reason behind this mysterious ambition to run for Ogun west, one may be forced to say it is greediness on the side of Senator Adeola Yayi considering how long he has served in Lagos politics. He started his political career as the honorable representing Alimosho constituency 2 in the Lagos house of assembly from 2003 to 2011. In 2011, he was elected to represent Alimosho federal constituency and now, he is currently the senator representing Lagos West in the national assembly. Why is he proceeding to Ogun state despite spending about 19 years in Lagos and in power?

Well, He is not to be blamed rather, the gullible followers of the APC in Ogun state who have not only sold out their voices for chicken change but have dashed out the inheritance of their grand children because of the favour they would get from a politician who may not even visit their state not to talk of constituency if he emerges.

Apart from the gullibility on the part of the followers, has Yayi been that competent in his previous constituencies that he deserves to be rewarded with Ogun west senatorial seat? It’s been over 19 years as a Lagos politician, what are his achievements? Has he really worked so hard to be retained over the years or he is just a beneficiary of dictatorship godfatherism? That’s a story for another day.