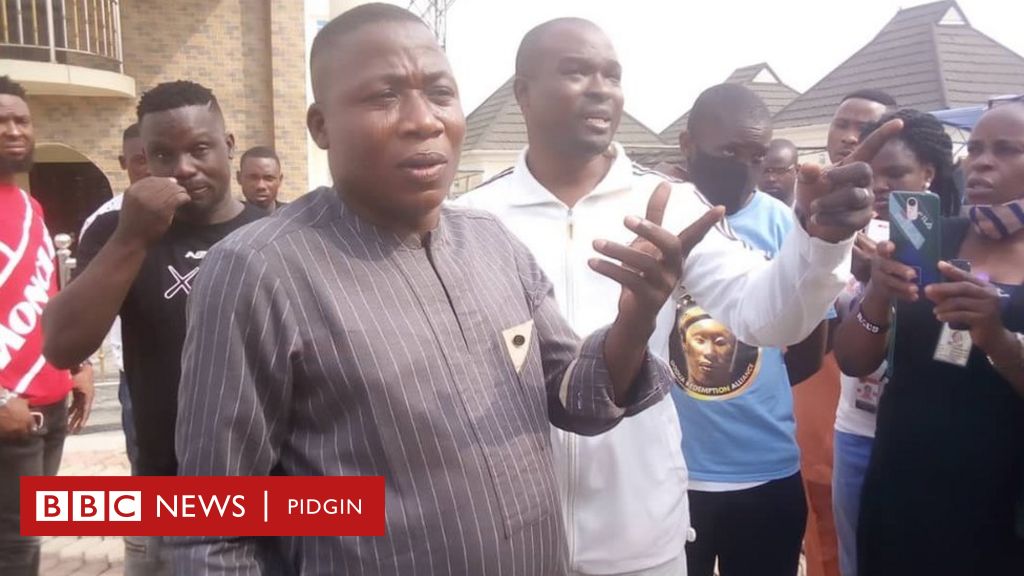 There is a popular adage that says ‘He who fights and run away, lives to fight another day’, most people see this as an adage for cowardice, but only the wise will understand that in those words are embedded great wisdom.

Sometimes, you fight a battle once and win, some you have to fight severally, but while you are fighting, there is need for you to ensure that you don’t lose your guard, if one isn’t careful with war, when one doesn’t know when to withdraw, one might not live to fight another day, maybe one would live only to count loses for many years.

This is the case that best describes the situation of popular Yoruba activist, Sunday Igboho who rose into prominence after he started the war against killer Fulani herdsmen in south west.

Sunday Igboho has lots of supporters, some Yoruba kings support him with black power, maybe financially too, He has been able to spread his tentacles across Nigeria, He was also able to send Fulani herdsmen packing in Ibarapa, Oyo state after he received calls of their many atrocities in the land.

No doubt, Sunday Igboho is doing everything in the interest of Yoruba land, He wants to liberate Yoruba land from the hands of Fulani herdsmen that has taken over the land, but then, is he doing it the right way?

Sunday Igboho has been praised for the many giant strides, and for real, he needs to be given the kudos for putting his life on the line just for Yoruba land, but there are so many things attached to this struggle that are not right.

Today has been a hell of a day in Yoruba land due to some statements Sunday Igboho made against the Ooni Of Ife, Oba Adeyeye Ogunwusi, Sunday Igboho publicly said the king is an embarrassment to Yoruba land among so many other unprintable names, the same Ooni of Ife that is so feared among every other king? Nobody has done that before, its really surprising that Sunday Igboho could have said such.

He courageously stated that He rejected an invitation from Ooni Of Ife because He didn’t fight for the interest of Yoruba land when he met the President, Muhammadu Buhari. Even if all these allegations are true, must it be mentioned in a public space? I doubt it.

Apart from the traditional institution, Sunday Igboho had problem with the governor of Oyo state, Seyi Makinde when he ordered that all Fulani herdsmen should leave Ibarapa community in Oyo state, even though people supported his statements against the governor, is that the right way to bring peace? By discrediting the constituted authorities? Definitely NO.

With all these that has happened, Sunday Igboho needs to be careful with his speech, because already, He has gotten enemies among his people, He needs to apologize to Ooni Of Ife especially, and mind the steps he takes. Its okay to fight, run away, and come back to fight, then Fight, and be consumed in the battle.