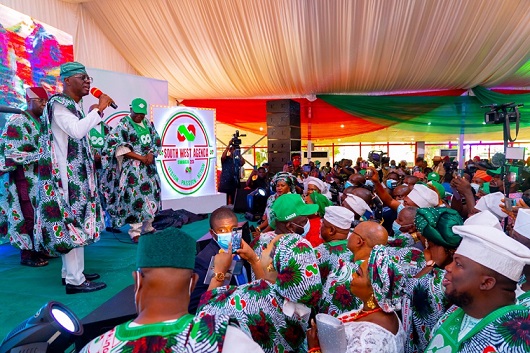 TRIXX NG reports that the leader of INRI Evangelical Spiritual Church, Primate Elijah Ayodele has warned the national leader of the All Progressive Congress (APC), Bola Ahmed Tinubu against those pushing him to contest for presidency in 2023.

The man of God who had warned of Tinubu’s health condition made it known that the South West Agenda (SWAGA) which was created for Tinubu’s ambition will be used to betray him.

He explained that those pushing him for presidency don’t love him but want to betray him.