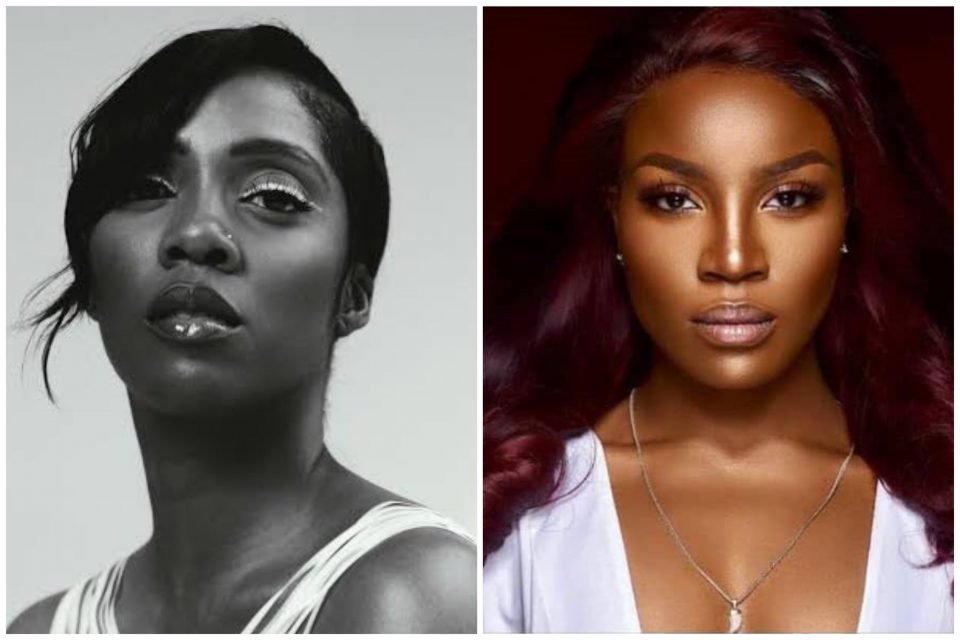 TRIXX NG reports that popular female artiste, Seyi Shay has broken her silence on the fight that ensued between her and a colleague, Tiwa Savage at a salon in Lagos.

In an interview with PULSE monitored by TRIXX NG, Seyi Shay revealed that she didn’t do anything wrong to Tiwa Savage before the drama began.

She narrated that she met Tiwa Savage at the salon and decided to greet her which she responded well but shockingly after a while, Tiwa went back to tell her not to ever greet her in public again.

According to her, she didn’t speak back as she wouldn’t want any drama to happen but Tiwa Savage continued to shout at her, call her names, and body shamed her.

One of the parts people didn’t see was where She cursed her and said she will remain barren for life, this was according to Seyi Shay a painful and hurtful thing to say to her.

Listen to the interview HERE