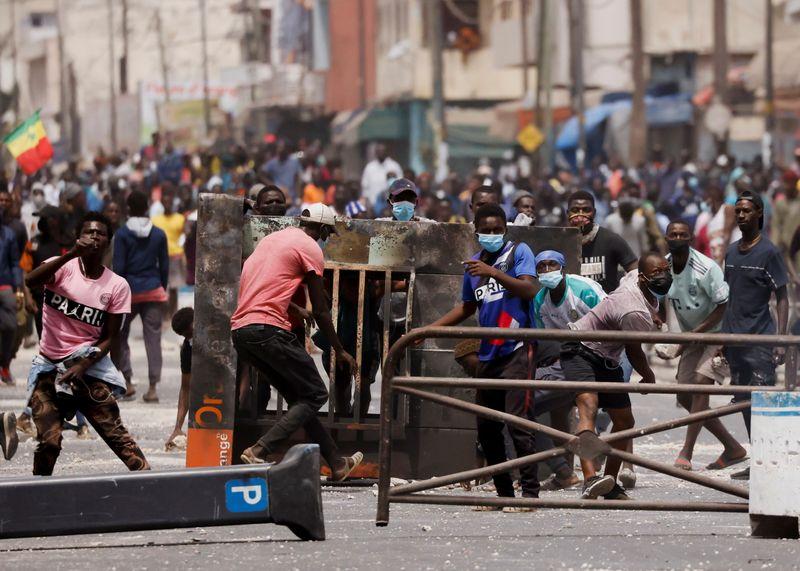 TRIXX NG reports that Senegal, one of the most stable countries in Africa has been left with total violence as thousands of youths took to the streets to protest against the arrest of the opposition leader in the country, Ousmane Sonko.

Mr Sonko was arrested after a young lady accused him of rape, which he has denied in court, with no judgment by the court to arrest him.

After his arrest, the supporters of Mr Sonko took to the streets to protest against the government as many alleged that it is the way the government eliminate politicians in the country.

This protest has continued for the third day in the country, with few people dying in the country. Security operatives were also accused of using live ammunition on the armless citizens