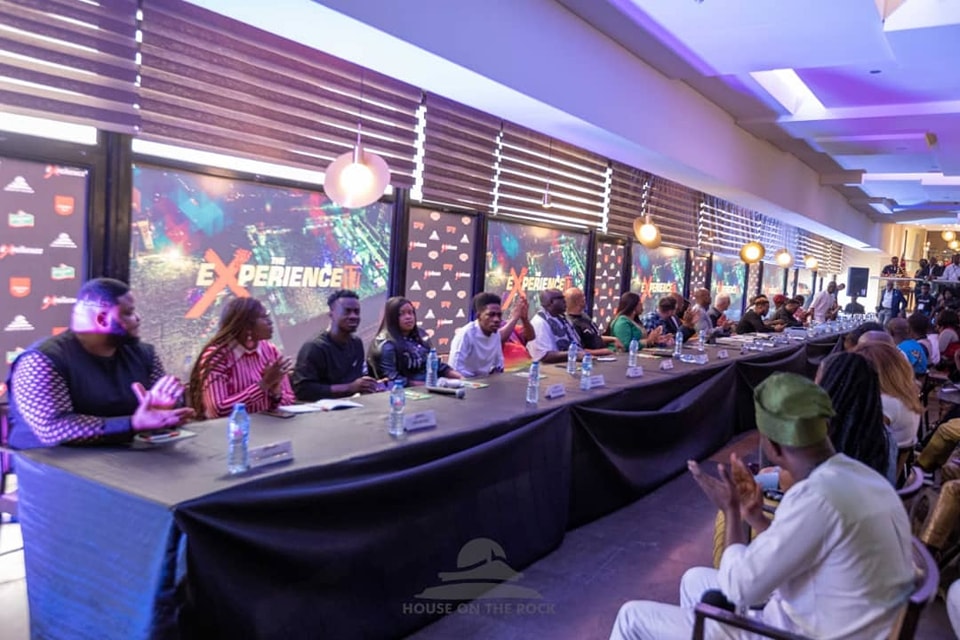 TRIXX NG reports that legendary American gospel musician, Donnie Mcclurkin has revealed the greatest memory he has about the Largest gospel concert in the world, The Experience.

In a press conference attended by this medium, Donnie Mcclurkin made it known that He will never forget how thousands of people gathered to worship God at Tafawa Balewa Square during the 2018 edition of The Experience right inside the rain.

The legendary musician explained that he has never seen such an atmosphere before. Despite the fact that it rained heavily for hours, people still expressed their heartfelt worship to God.

READ ALSO: THE EXPERIENCE ’17, themed, JESUS: THE EXCEPTIONAL ONE – ‘The most anticipated gospel concert is back’

‘’My Memorable experience about ‘The Experience’ was in 2018 when hundreds of thousands of people worshipped God in the rain at ‘The Experience’. I am from America and haven’t seen something like that before. We sang and we heard people singing back to us’’.

The Experience has been going on for over a decade and in a few hours from now, The 17th edition will be held at Tafawa Balewa Square, Lagos state; the pioneer venue for the largest gospel concert in the world.

In the last two years, The Experience hasn’t been held at TBS due to Covid-19 pandemic but the impact of the concert has continued to be felt. Apart from the physical gathering, there was no difference as it held virtually in 2020 and in a hybrid way in 2021.

According to the convener, Pastor Paul Adefarasin, despite the fact that there was no physical gathering, the virtual platform gathered over five million views and in recent years, has over 36 million impressions on google and other social media adverts, a reach in excess of 5 million in social media posts, over 1.5 million organic views on facebook and google, and over 600,000 concurrent live stream views.

While speaking with Moses Bliss on how he feels being among the list of ministers at ‘The Experience’ for the first time, He noted that it has been his dream to perform on ‘The Experience’ stage.

‘’Whenever I come to Lagos and see the billboard of ‘The Experience’ concert, I always say to myself that I will come here someday. In 2016 when I was watching ‘The Experience’ with my friends, I told them that I will be ministering on the stage someday, it’s a dream come true’’.

Of course, ‘The Experience 17’ promises to be nothing short of the presence of God as usual with the line-up of anointed ministers billed to perform at the  largest gospel concert in the world.