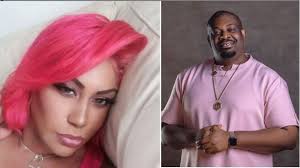 The model in an interview with Naija FM published on Friday, noted that music “got in the way” of her union with Don Jazzy, leading to the end of their two-year marriage.

“He just needed to go and be himself and go and do his music. Music got in the way of the relationship. We were very young as well.

“If I were in the same situation now, it might have been very different.

“We were both pursuing their music careers at the same time and then he got discovered by JJC Skillz. So it took him out of the home a lot more. I tried to put my music on the back burner to try and balance my home life. But he was ‘very’ into the music and it kind of got into the way,” she said.

She also revealed that she was almost 22 years old at the time of the union.