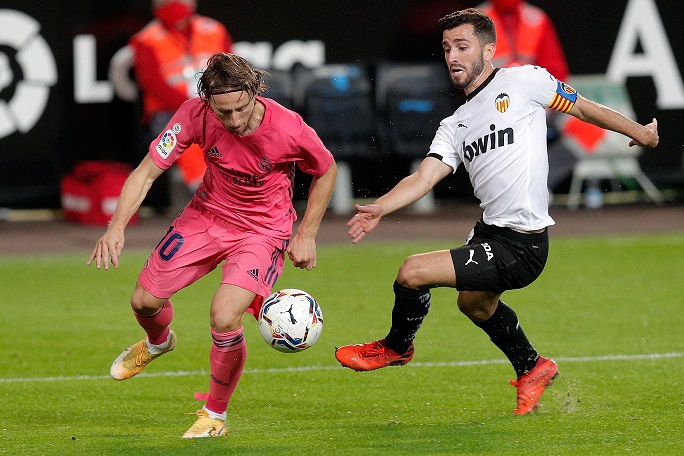 SuperSport continues to provide quality football content from the 2020/21 football season for all GOtv Max customers, with live action from the La Liga, Serie A and FA Cup and Premier League matches scheduled for 12 to 15 February, 2021.

Wolverhampton Wanderers and Southampton see in the FA Cup Fifth Round at 6:30 pmtoday, live on SS Football (channel 31).

The pick of matches from this weekend’s Premier League action sees clash between Everton and Fulham on the evening of Sunday 14 February at 8:05pm live on SS Football (channel 31).

SuperSport is the only place to get English commentary from the legendary La Liga, where the pick of matches for this round sees Real Madrid welcome Valencia to Estadio Alfredo Di Stefano on Sunday at 4pm on SS La Liga (channel 32). This match will be a revenge mission for Los Blancos, who were humbled 4-1 by Los Che when the teams met at Estadio de Mestalla in November. Also, on Sunday, the clash between Villarreal and Real Betis will air at 9pm live on SS La Liga (channel 32).

Elsewhere in Spain this weekend, Barcelona will look to claim a home win over Deportivo Alaves on Saturday at 9pm, showing live on SS La Liga (channel 32). The Catalan giants are still stinging from their Super Cup defeat to Athletic Bilbao, though manager, Ronald Koeman, insists they have shrugged off the disappointment.

Atletico Madrid face a tricky trip to Estadio Nuevo Los Carmenes to face a Granada side with European ambitions, while Sevilla will back themselves to overcome Huesca in a home clash as they continue to push for a return to the UEFA Champions League next season. These matches will air live at 2pm and 4pm respectively on SS La Liga (channel 32). La Liga matches for this weekend ends with Cadiz vs Athletic Bilbao on Monday at 9pm, live on SS La Liga (channel 32).

The headline fixture from Serie A this weekend sees Napoli welcome Juventus to Stadio Diego Armando Maradona on Saturday at 6pm, showing live on SS Select 1 (channel 33). This clash will have plenty of spice – not only have these two teams been title rivals in recent seasons, they also met in the recent Italian Super Cup and had a league clash earlier this season controversially postponed. Also, on Saturday, Spezia’s fight with Milan will air at 8:45pm live on SS Select 1 (channel 33).

The weekend features another major clash when Internazionale host Lazio at the San Siro on Sunday evening at 8:45pm live on SS Select 1 (channel 33). The Nerazzurri are right in the hunt for the title and cannot afford to drop points against Le Aquile – as was the case when the teams met back in October and played out a 1-1 draw in Rome.

Don’t miss the 2020-21 football season on SuperSport on GOtv.

Jolli and Jinja football fans can upgrade to GOtv Max for a discounted price of N2,999! Instead of N3,600 to watch these games and other matches in the LaLiga, Serie A and the Premier League. Also, visit www.gotvafrica.com and download the MyGOtv app from the iOS and Android store to upgrade, reconnect or select the Auto-Renewal option to stay connected to quality football entertainment without interruptions and for other self-service options.

The Similarities Between Femi Fani-Kayode And Donald Trump Revealed