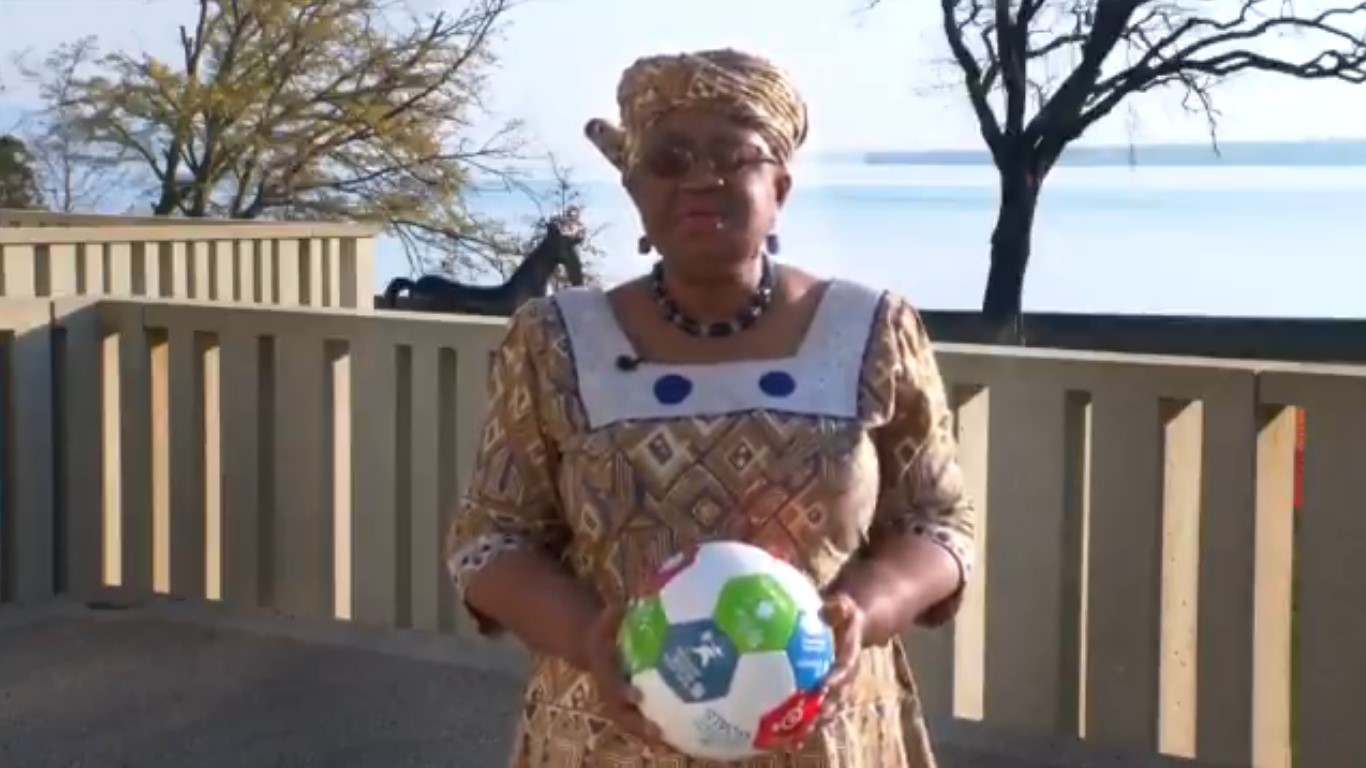 TRIXX NG reports that the director general of world trade organization has been filmed receiving a football pass from the Prime minister Lofwen of Sweden.

The football pass was a significant one as it symbolizes how Sweden is doing well in SDG 13.

According to her, she made it known that she will be passing the football to His excellency, Cyril Ramaphosa who is doing well in SDG 14.6

Your Excellency Prime Minister Löfven of Sweden @SwedishPM thank you for passing me the ball! Wonderful to see your focus on SDG 13!
I am now passing the ball to His Excellency @CyrilRamaphosa whose country is so active on SDG 14.6. pic.twitter.com/4nfYMzmF8P