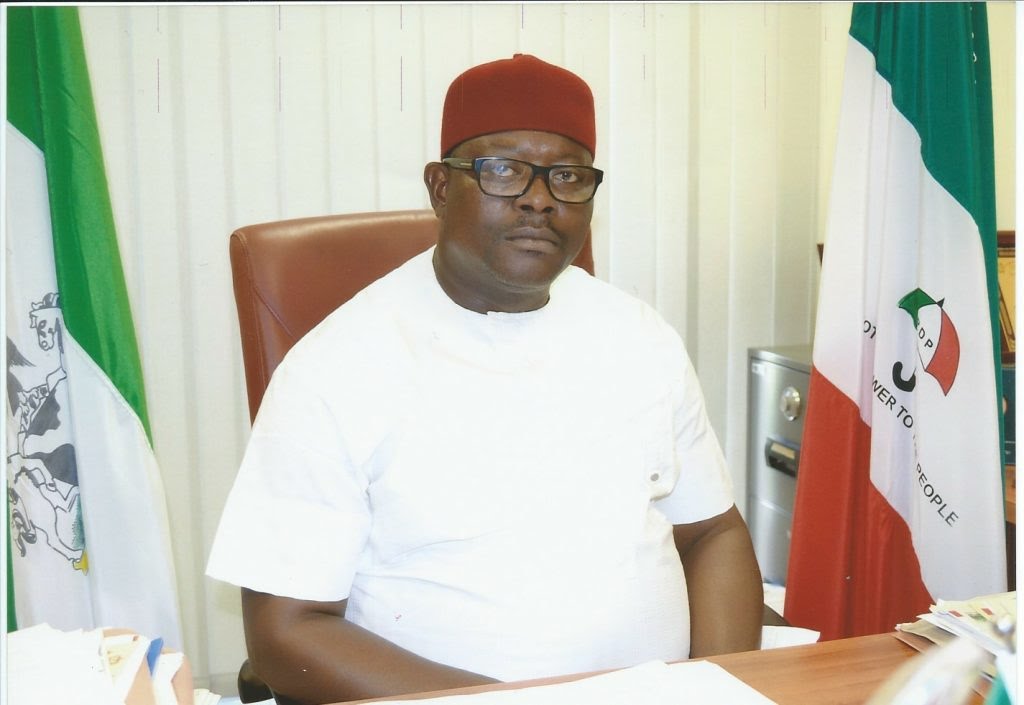 Trixx NG learnt that Ogba declared his intention under the platform of the Peoples Democratic Party (PDP) in 2023 on Saturday at Amanvu, in Nkalagu community, Ishielu local government area of the state.

Speaking during a media briefing, Ogba decried the level of poverty and youth unemployment in the state and pledged to develop programmes that would change the narrative if elected the governor in 2023.

The former state chairman of the PDP, who captioned his campaign slogan, ‘Ebonyi Will be Happy Again’ said he would focus on rural development.

He said: “Once the Independent National Electoral Commission (INEC) releases time table for political campaigns, our campaign slogan will be tagged Ebonyi will be happy again.

“If elected, I shall immediately embark on full restoration of the glory of Ebonyi and make the people the cornerstone of the government to revamp the environment that has become a den of hunger, anger, and politically induced hate and communal clashes.

“Our government focal point will be to provide the greatest good for the greatest number of people in Ebonyi.”

Ogba paid tribute to the leaders of the state especially the former governors for their contributions to the growth and development of the state.

He said: “Our government will be basically welfarist and building the capacity of our economy so that we can provide jobs for the youths, make Ebonyi attractive, suitable and secure for businesses.

“However, all efforts of the past governors, youths and human capital development are still suffering while poverty is still massively prevalent in our homes.

“It’s for this reason that I am declaring the intention to run for the office of governor of Ebonyi with the intention to do things differently if given the opportunity to serve the people.”