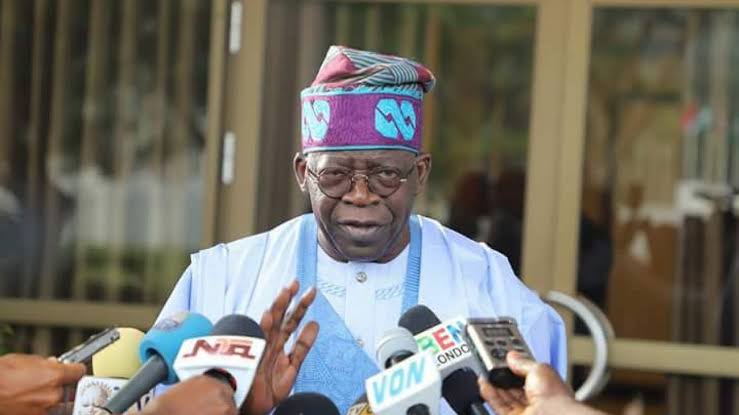 Trixx NG reports the national leader of the All Progressives Congress (APC), Senator Bola Ahmed Tinubu has finally confirmed the swirling rumours of his 2023 presidential ambition.

Recall that several political groups have drummed support for him with billboards and posters in some parts of the country, especially in Lagos and Abuja.

“Sometimes I find it a bit funny when I hear people saying is he contesting or not. The only thing that is left is just the formality of organising an event where he is going to express his aspiration, just to notify the public that, yes, I am going to contest. But the issue of Bola Tinubu contesting is a done deal. He is going to contest the election; he’s going to be on the ballot paper,” Jibrin said in an exclusive interview with Channels Television on Saturday.

According to Jibrin, Tinubu has all it takes to defeat any other candidate in the election.

“For me, the person who has an edge over all of them, that we can hand over the ticket to and perhaps go back home and sleep, is Asiwaju Bola Tinubu,” he said.

“I can assure that if you give people a choice of someone who will come and improve on what we already have on ground and revamp the economy and improve every part of the country – people just want to see progress, to see development. For me, it doesn’t matter if you bring a Christian-Christian President or a Muslim-Muslim president.”

Abacha’s CSO, Al-Mustapha Reveals Those Behind Insecurity In Nigeria