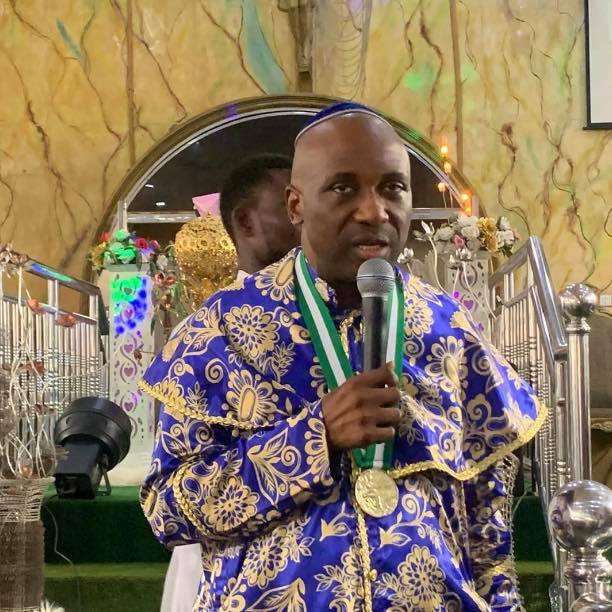 Russia’s President, Vladimir Putin may have met his waterloo following the successful efforts of the Ukraine troops to sink Russia’s warship, marking a major win for President Zelensky who has been well intimidated by Putin’s military forces since the invasion took place months ago.

The latest development of sinking the Russia’s warship is no doubt a result of the resilience and fighting spirit of the Ukraine president and military troops.

This act was never envisaged, many had thought Ukraine can never bring any resistance against Russia considering the armory of the later, but to the surprise of many, Ukraine has put up a very good fight.

Of a truth, this is in fulfilment of a prophecy made by Primate Elijah Ayodele, the leader of INRI Evangelical Spiritual Church. A Nigerian prophet but one whose prophetic tentacles have spread beyond the shores of Nigeria and Africa, his prophecies have reached Asia, Europe, America, and many other continents around the world.

It is one record that Primate Ayodele is the only prophet in the world that foretold the invasion of Ukraine by Russia during the release of his 2022 prophecies in December 2021. Primate Ayodele released a 90-paged prophecies for the new year and in one of the pages, the man of God said categorically that the Ukraine-Russia crisis will escalate. Of course, they have had crisis ever since but Russia had denied severally that it would invade Ukraine but as one who sees beyond what men say or see, Primate Ayodele warned about escalation and we all saw how it happened.

After the release of his 2022 prophecies in December, Primate Ayodele spoke again on February 22, 2022 that he foresees destruction in the Russia-Ukraine Crisis. This was before Russia invaded Ukraine and just as he said it, 48-hours after the prophecy, Russia invaded Ukraine, killing several people. (https://dailypost.ng/2022/02/22/ukraine-vs-russia-i-see-destruction-coming-primate-ayodele-warns-joe-biden-vladimir-putin/)

In another prophecy after the invasion, the mouthpiece of God spoke again, admonishing President Zelensky not to relent because God will fight for him. He made a mysterious statement that Ukraine will make an impact that will cause confusion for Russia’s Putin, what impact can Ukraine make?

‘’ There will be an attempt to kill the president of Ukraine but God will save him, he must not relent. Ukraine will make an impact that will cause confusion for Putin,” (https://dailypost.ng/2022/03/28/russia-vs-ukraine-what-godll-do-to-putin-president-zelensky-over-ongoing-war-primate-ayodele/)

With the latest information from this crisis, Ukraine has definitely made an impact in Russia and it’s obvious President Putin is confused about what happened with the reaction of his troops, fulfilling Primate Ayodele’s prophecy.

JUST IN: Obiano’s Wife Not In Our custody – EFCC