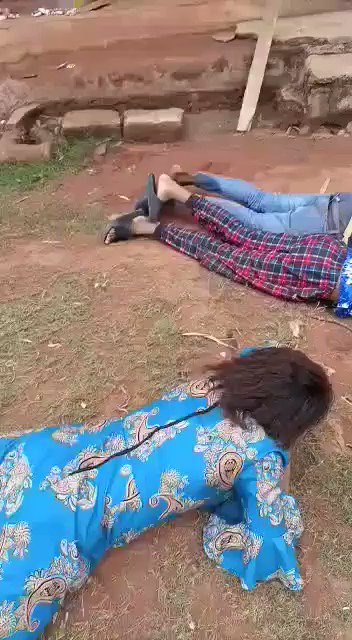 TRIXX NG reports a video clip of the attack showing moments gunmen attacked a polling unit on Thursday where the Continuous Voter Registration was being held in Ihitte Uboma Local Government Area of Imo State.

It learnt that an official of the Independent National Electoral Commission (INEC) was killed during the unfortunate incident.

As seen in the video clip, the gunmen shot indiscriminately in the air as the officials and residents lie down. They were heard issuing warnings that the INEC registration exercise should not be held in the area.

“As you can see, these are the stupid people we are fighting for to have their freedom. (But), they are here planning for election,” one of the gunmen was heard shouting in the clip, apparently referring to the INEC officials and the residents, who are mainly of Igbo ethnic group of South-eastern Nigeria.

“Today is the 14th of April, we have sent a warning to you people. We don’t want any election. No more elections. No more voter cards. Do you think we are here to joke?” one of the gunmen said in the video.

While he was talking, two other gunmen fired multiple gunshots at one of the people lying on the ground, believed to be the INEC official who was confirmed killed in the attack.

This the most heart wrenching video I have watched in recent years.
IPOB/ESN has overstretched the patience of ndi Igbo.
How can you be killing and destroying the lives of Igbo people?
It's time for ndi Igbo to stand up against these elements. They're evil.#IstandwithNdiIgbo pic.twitter.com/G4txERfOyV