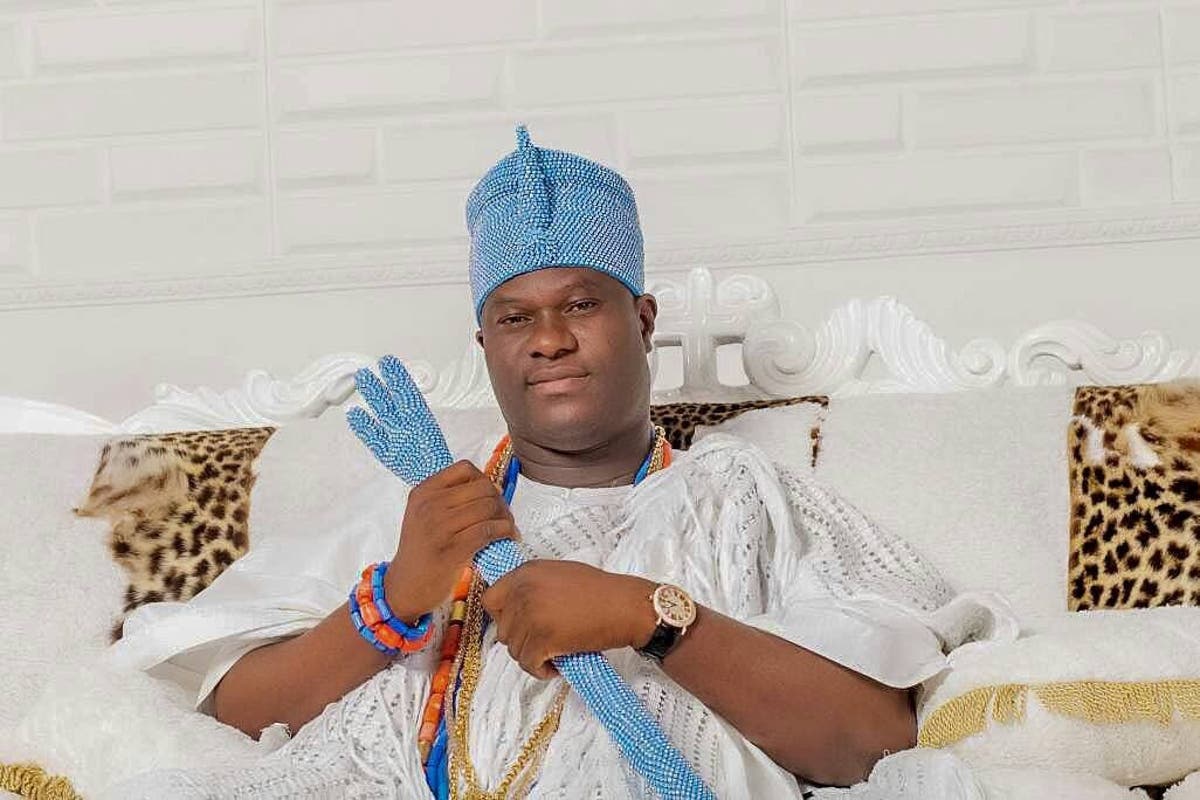 The mother of Ooni Adeyeye Ogunwusi’s first child, Omolara Olatubosun has accused the traditional ruler of failing to take care of his first daughter until she was 10 years old.

Trixx NG recalls Ooni had in a post on Instagram recounted his experience of having his daughter, Adeola Ogunwusi at the age of 19, adding that parenting comes with challenges.

Reacting in a statement to newsmen, Olatubosun claimed to have taken care of her daughter till she was taken to the palace for a holiday and since then, the monarch has been financially present in the life of his daughter

According to her, the Ooni of Ife abandoned his daughter shortly after her birth, only reappearing four years later.

She stated that Ooni Adeyeye Ogunwusi failed to provide financial or any type of support for his daughter until she was ten years old.

The statement read, “My name is Omolara, and I am Adeola Ogunwusi’s mother. She was born in Akobo, Ibadan, in May 1994 as a result of a teenage relationship I had with Adeyeye Ogunwusi, now the Ooni of Ife, who was then also a teenager, neighbour, and family friend. The relationship was short and uneventful, but certain matters of late have forced me to break a silence I have held since 2015 when, shortly before his coronation, Ooni Adeyeye Ogunwusi concocted a self-serving tale about his role in our daughter’s life.

“A couple of weeks ago, on his Instagram and Facebook pages, he once again wrote that he was a `single father` to my daughter — a mendacious claim that has no basis in fact, but has gone on for too long. I want to put it on the record now in public that there’s not an iota of truth to that claim, and I challenge him to prove me wrong.

“Yeye Ogunwusi was never present in Adeola’s life for the first ten years of her growing up which makes the `single father` narrative shocking, annoying and disrespectful to hear by all who know the truth of the story. I, Omolara, took care of my daughter physically, financially and emotionally, with the moral support of my mother and my siblings.

“I was a pregnant teen, but he was nowhere to be found, and I bore the responsibilities for our child, and paid the physical and social cost of raising her alone in my mom’s house. Yeye Ogunwusi saw Adeola for only five minutes at the hospital when she was born. The next time he saw her was when she was already four years old and ten years old respectively.

“I got NO monetary or material support from him or ANYONE while raising my child. I could not have, because he was also just finding his way in the world.

“Adeola started spending holidays with Yeye Ogunwusi and his then wife (Bukola Bombata) in Lagos when she was thirteen in 2007, and started living with them when she was fifteen in 2009. This was when he began any financial and personal involvement in her life at all.

“All these years, I have kept quiet in the belief that all is well that ends well. I decided to be an adult in this situation for the sake of my daughter. I have also kept quiet since the first time he made this outrageous claim because I hate unnecessary publicity, and I wanted to keep my private life out of public glare.

“However, it appears that Yeye Ogunwusi has taken my silence for stupidity.

“In spite of every private outreach to him to stop repeating the lie that he ‘raised my daughter as a single parent since she was born’, he has continued to say so. It is not true, and no amount of repeating it will make it so. I was the single parent. He was, until our daughter was old enough, an absentee father. Unfortunately, a lie goes a long way around the world before the truth gets a chance to tie its shoes. So, this is my attempt at correcting the record.

“If Yeye Ogunwusi has any photos of him and our daughter, or the receipt of any expense he bore on her, before the age of ten, let him present them to the public right now. I refuse to let someone else define me or tell my story. It is a story of triumph over fear, over shame, and over doubt. It is a success story, but with several bumps and obstacles along the way. But it is mine, and no one else’s to tell.

“If Yeye Ogunwusi is proud of the daughter we have raised, he can say so without any attempt to minimize or denigrate the very foundation on which he’s now attempting to build, and from which he cowardly fled when the going was tough. For our daughter’s sake, enough is enough. For the sake of truth and justice, enough is enough.

“I will not allow ANYONE to disrespect a lifetime of hard work that I put into raising my child no matter how powerful, famous or seemingly influential they claim to be.”