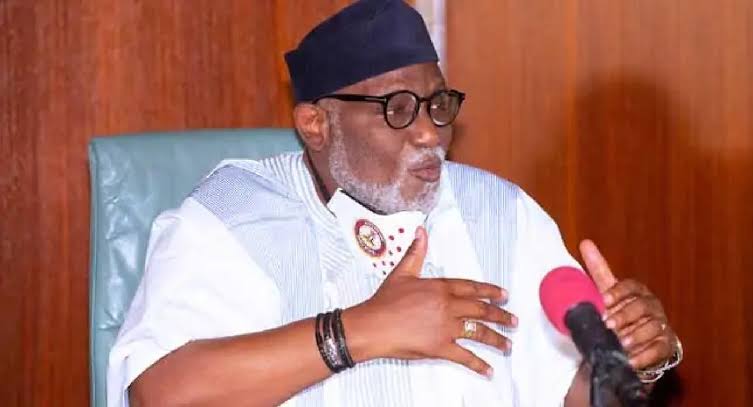 Some residents of Ikare-Akoko in Akoko Northeast Local Government Area of Ondo State on Thursday razed a bank building.

This is in spite of the curfew placed on the town by Governor Oluwarotimi Akeredolu following a breakout of violence on Saturday.

The violence had claimed lives.

Ikare-Akoko has been embroiled in supremacy claims between the two traditional rulers in the town – the Olukare and the Owa-Ale over decades.

The claim and counter-claims have also degenerated to the fractionalisation of the town with one part banning residents of the other part from venturing into their part of the town.

The burnt building belongs to the traditional ruler of the town, the Owa-Ale of Ikare.

Witnesses said people had been moving around in spite of the curfew and were surprised that the arsonists set the bank building ablaze.

One of the witnesses told NAN that the arsonists earlier broke windows and doors of the bank building before igniting it.

He said the damage had been done before the police arrived at the scene.

The Divisional Police Officer in Ikare refused to comment but directed NAN to speak with the police spokesperson in Ondo, DSP Funmilayo Odunlami.

The spokesperson, however, did not respond to enquiries made for police reaction.

Babymama Calls Out Ooni Of Ife, Accuse Him Of Abandoning Daughter For 13 Years