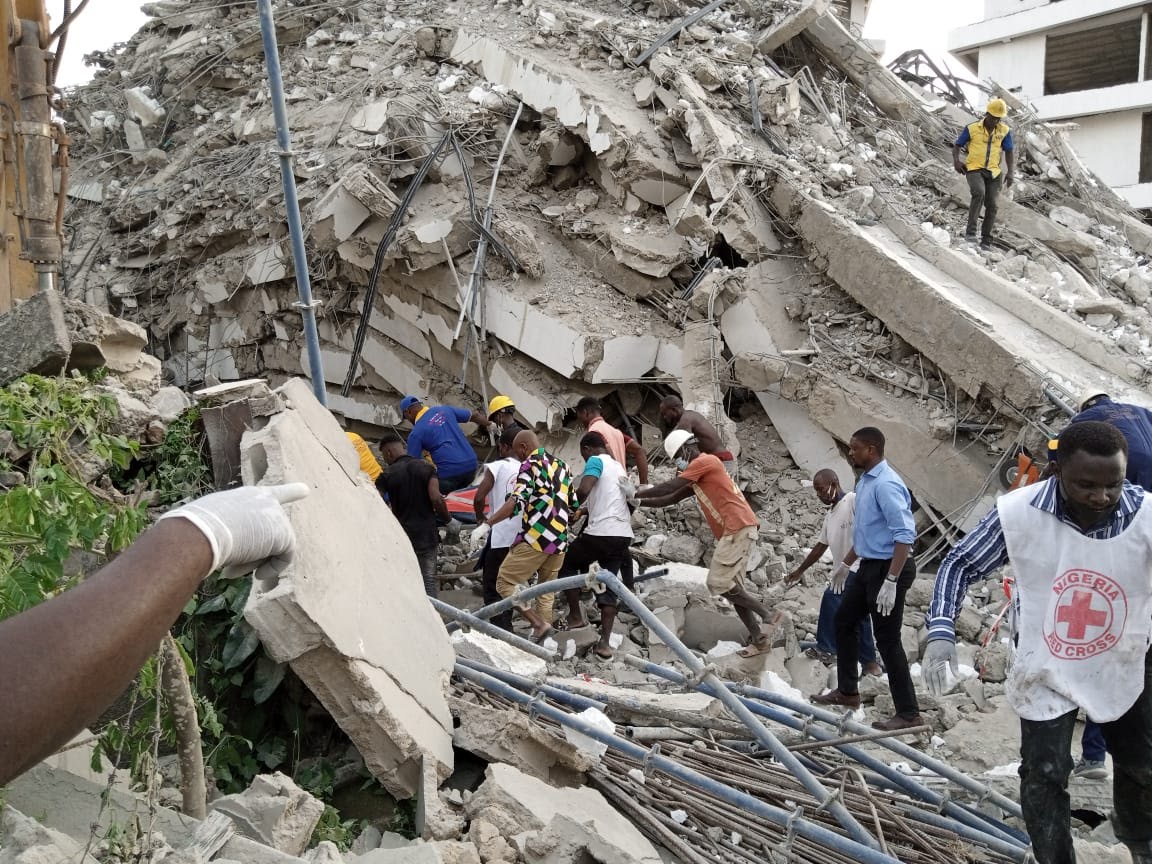 The collapse came five days after a three-storey building caved in at Ebute Metta area of Lagos, killing 10 people, with 23 others rescued.

The two-storey building located at Chris Igadi Street, off Ago Palace Way, opposite Kilimanjaro/ AP filling station, collapsed around 3.00am on Saturday.

”On arrival, information gathered from the residents revealed that the building gave signs several hours before the building collapsed.

”Fortunately, nobody was trapped as all the occupants evacuated the area when the signs began two hours before the collapse.

”A head count of occupants was carried out to ensure no occupants is missing and the remains of the building were cordoned off,” he said.

He added that the operation was concluded at about 5:23am, adding that the site would be handed over to LABSCA and Ministry of Physical Planning for further investigation.