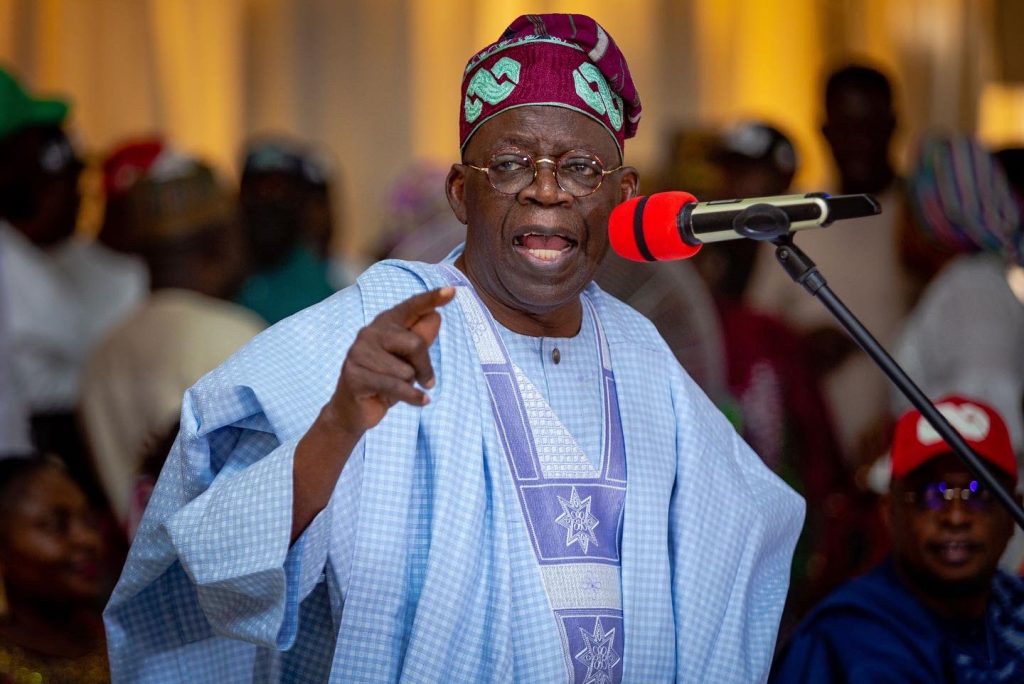 TRIXX NG reports that the presidential candidate of the All Progressive Congress, Asiwaju Bola Ahmed Tinubu has been embarrassed in UK with protest and counter-protest by Nigerians.

Tinubu flew to the United Kingdom some days ago to hold conversations with Nigerians at Chatham house even though he has been called out severally for avoiding debates and meetings with the citizens of the country.

On arrival at the venue of the meeting in UK, Tinubu was greeted by placards for and against him. The protest against him was led by PDP’s Reno Omokri while others who are probably his supporters stood for the APC candidate. However, it was not a palatable scene to experience especially overseas.

According to Reno, Tinubu couldn’t come out of his car due to the protest and at the end, he had to flee when he couldn’t stand the embarrassment of the mixed protests.

Tinubu will never forget the protest we just pulled off at Chatham House. He was disgraced and could not get out of his car. He had to run away. The #HarassTinubuOutofLondon Protest Against Drug Lord Tinubu at Chatham House was a resounding success! We shook the drug lord Asiwaju

Reno Omokri seen dancing to the mandate song on the streets of London pic.twitter.com/mcMhQ3BOqg