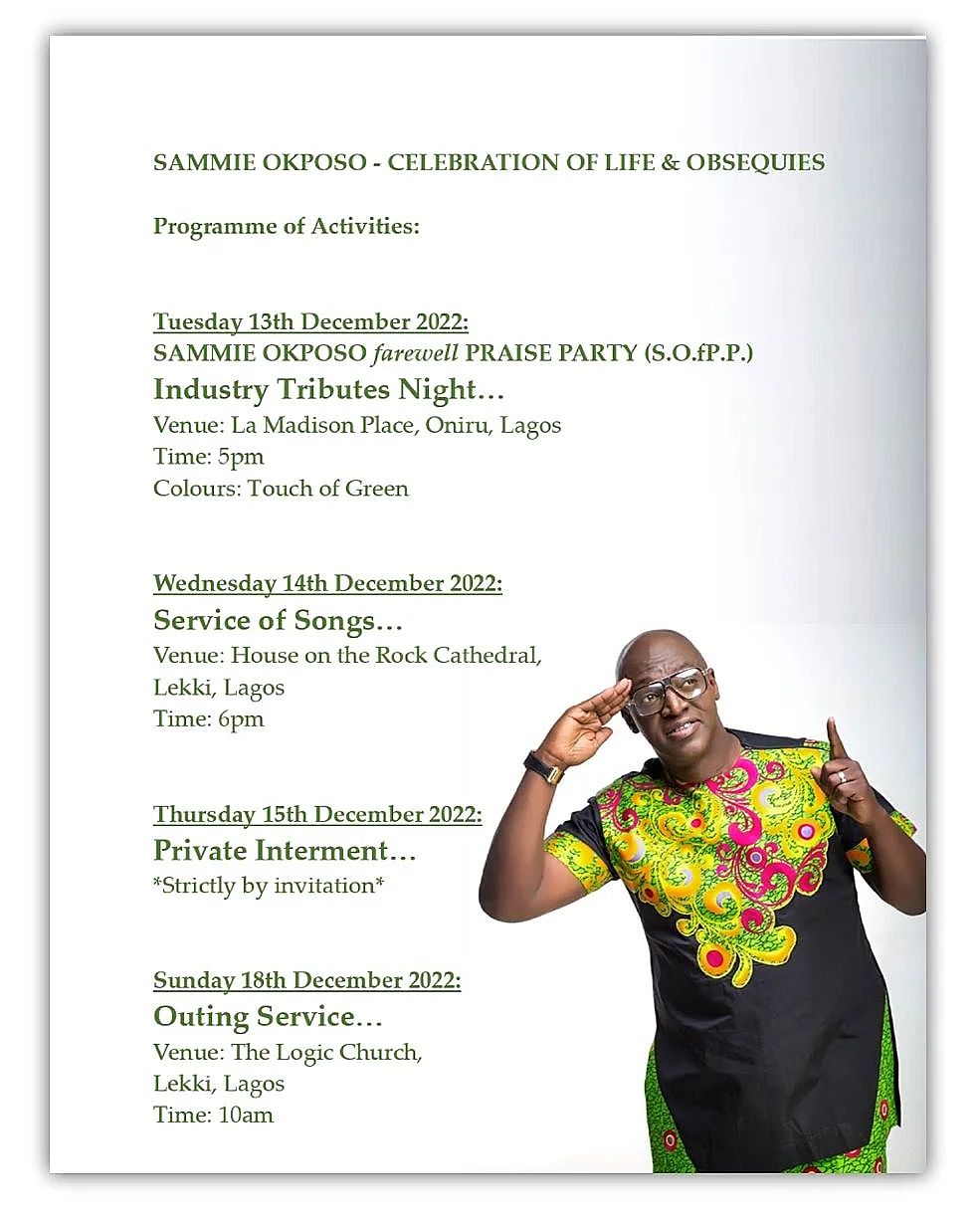 The burial process is to take four days between Tuesday, 13th Of December and Sunday, 18th Of December, 2022.

A farewell praise party is to hold on Tuesday, service of songs to hold on Wednesday at House On The Rock Cathedral, Lekki, a private internment on Thursday while an outing service will hold on Sunday to round it off.

Sammie Okposo died some weeks ago after he reportedly slumped.