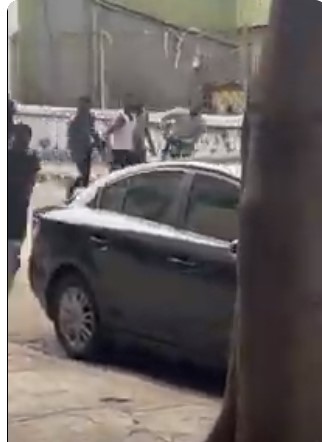 TRIXX NG reports that there was gunshots in Yaba college of technology (YABATECH) earlier today leading to the death of one student.

In a video obtained by this publication, people were seen running helter-skelter as the body of the student who was shot was being carried by those suspected to be his friends.

It is worthy of note that the school began student week activities this week but as a result of the unfortunate incident that happened, the school has immediately suspended all activities regarding the students’ week.

A circular which was obtained by TRIXX NG was also sent to the appropriate quarters in the institution.

It reads ‘IMMEDIATE SUSPENSION OF STUDENT WEEK: Following the ugly incidents of gun shot in the college by unruly personalities earlier today, which resulted in the death of a student, the college management has directed the ongoing student week activities be suspected IMMEDIATELY’’

This is not the first time violence will be breaking out in YABATECH. In September, about five students of the institution were killed in various cult clashes.