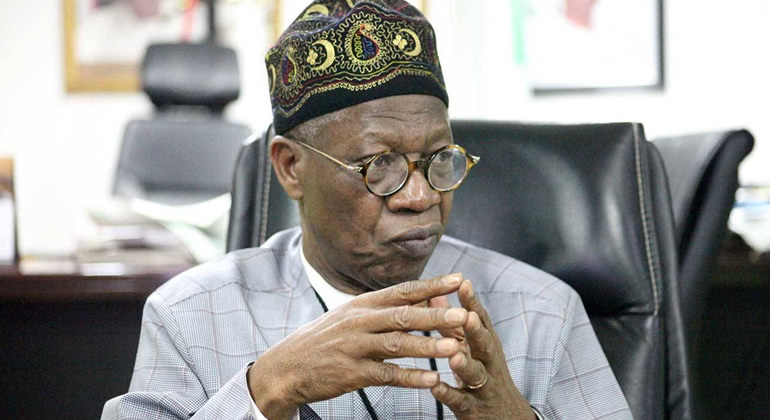 The Federal Government has dismissed the report by the Lagos State judicial panel on the shooting at the Lekki toll gate.

Trixx NG recalls that the panel was inaugurated to look into complaints of alleged human rights abuses by the police and the shooting of Nigerian Army during the EndSARS protest at the Lekki Tollgate.

However, Minister of Information and Culture, Lai Mohammed in a press conference in Abuja described the report by the Lagos judicial panel as ‘Tales by moonlight’.

He added that the report cannot change the government’s mind that there was a massacre.

“There’s absolutely nothing in the report that is circulating to make us change our minds that there was a massacre in Lekki on October 20, 2020,” he said.

“You might not be the first to do it. But reinventing the wheel so damn well that you become the template. You’re welcome.”