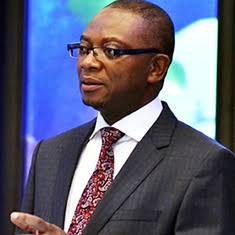 A former director-general of the Bureau of Public Service Reforms, Dr. Joe Abah was recently involved in a car accident on Third Mainland bridge but thankfully, he survived.

Abah who took to micro-blogging platform, Twitter to share photos of the damaged cars noted that he survived the accident because he used seat belt.

According to him, he had to seek medical attention after the multiple car crash and doctors told him the outcome could have been worse if he wasn’t using the safety device while seated at the back.

He said “3rd Mainland 3 weeks ago, silver jeep hit the Prado I was in, pushed us off our lane into another car & still bashed the Corolla. Driver was asleep.

“Doctors were unanimous: ‘You’re lucky you were wearing your seatbelt while seated at the back’.