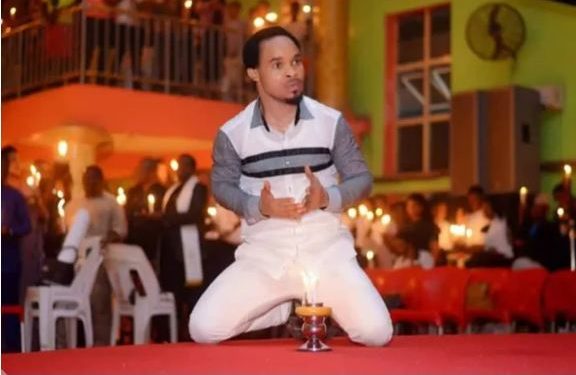 In a video shared by instablog, it was made known that while the Prophet was performing on stage, a man touched him with charm, this was also captured in the video.

Although, this is yet to be confirmed but several reactions have trailed the development as some described Odumeje as a powerful prophet who wasn’t affected by the charm. Meanwhile, it looks like the man was only trying to pass