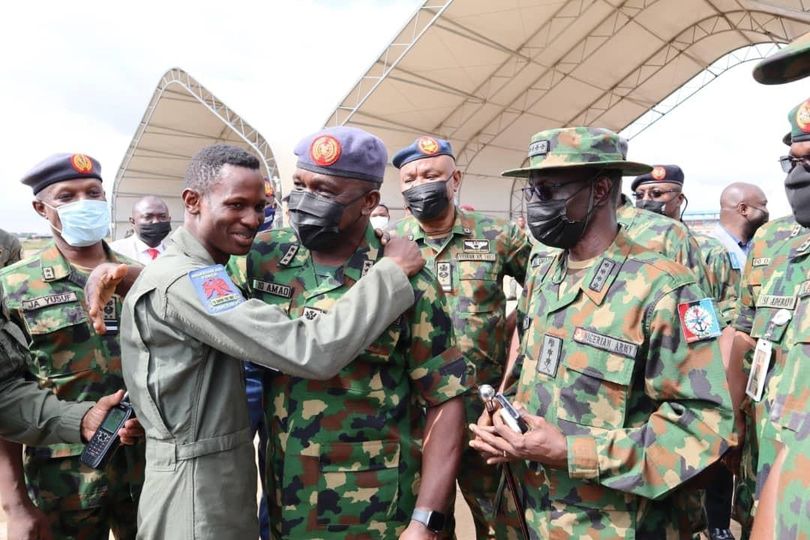 TRIXX NG reports that the Nigerian army has confirmed the reports of a military jet crashing yesterday, hours after the NAF authority denied it.

According to the confirmed report, the jet was shot down by bandits in Zamfara but the pilot miraculously escaped though he was a little bit hurt.

When the pilot, Abayomi Dairo arrived at the military base this afternoon, He was given a special treat as many were happy to see him again.