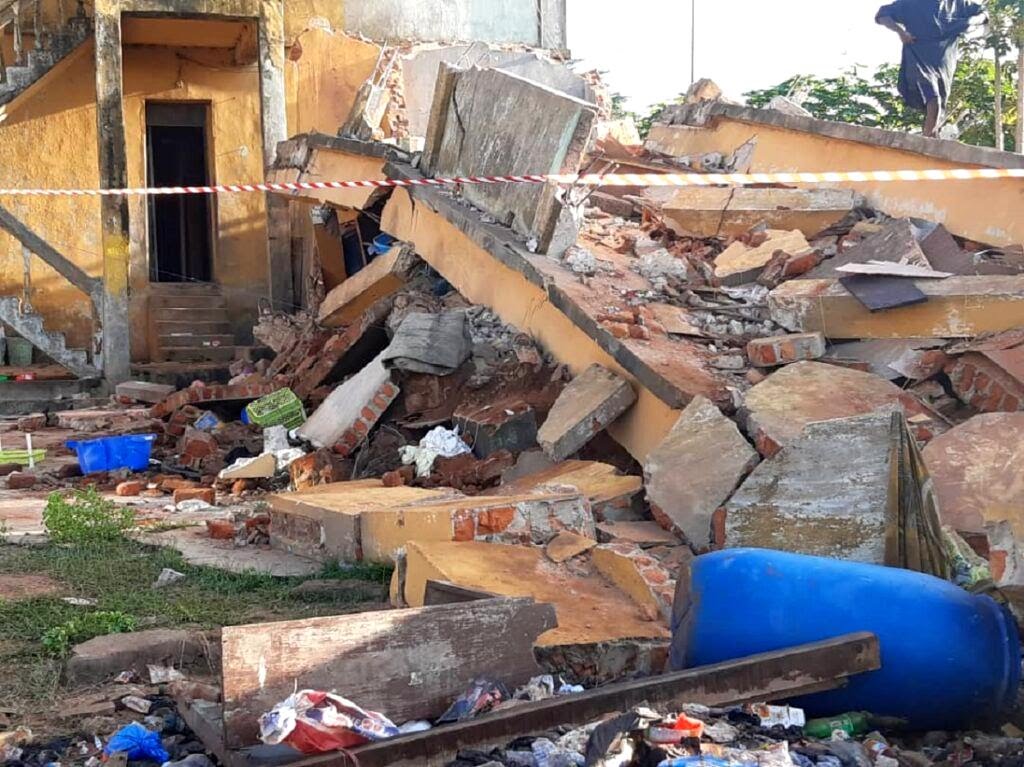 Three persons have been reportedly trapped while one has been confirmed dead in a fresh building collapse on Monday night in Ikorodu area of Lagos State.

Two other persons were rescued from the collapsed two-storey building by residents of the area.

Confirming the incident on Tuesday, the South West Coordinator of the National Emergency Management Agency (NEMA), Ibrahim Farinloye, in a statement, stated that emergency operations were still ongoing to rescue other trapped victims in the building.

He added that the effort to remove the slabs on the victims by the Nigerian policemen and officials of the Lagos state fire service on Monday night was abortive due to non-availability of excavators.

Reports said the occupants of the building located at Lagos Road, Haruna axis of Ikorodu, were earlier told by the officials of the Lagos State Building Control Agency (LASBCA) to evacuate the building after it failed an integrity test.

Following the incident, occupants of the building were asked to vacate its premises to prevent further loss of life or injury.

Meanwhile, emergency officials have carried out controlled demolition of an adjoining building at the site of the collapse.

The incident comes four months after one person was killed when a building under construction collapsed in the Isawo area of Ikorodu.

Few days before the Isawo incident, a five-year-old boy was also killed in a building collapse in the Adeniji Adele area of the state.

The Lagos State government through the Lagos State Building Control Agency (LABCA) has been carrying out integrity tests on some buildings across the state.