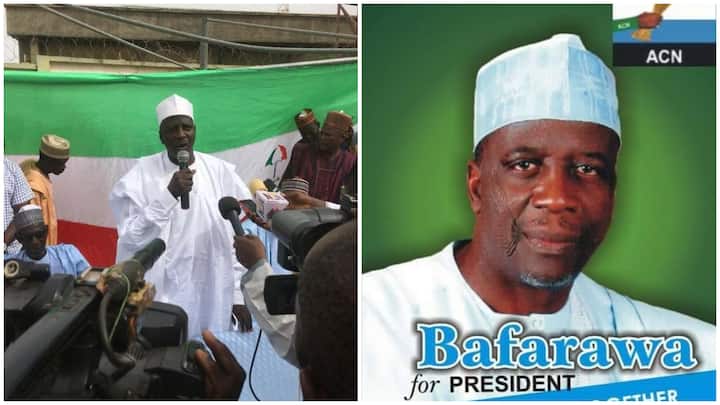 Attahiru Bafarawa, a former governor of Sokoto state, has said he is no longer interested in becoming Nigeria’s president. It was gathered that since his leaving office as Sokoto governor in 2007, Bafarawa had aspired for the presidential ticket at least three times.

Bafarawa was a presidential candidate on the platform of the Democratic People’s Party (DPP) and in the 2007 presidential election he lost to the candidate of the PDP, the late Umaru Yar’adua.

The former governor also in 2010 aspired for the number one political seat on the platform of the defunct Action Congress of Nigeria (ACN).

In 2019, Bafarawa also aspired for the presidential ticket on the platform of the Peoples Democratic Party (PDP).

However, in an interview with The Punch which was published on Sunday, November 21, the former Sokoto governor said would never run for any political office again. Asked how he would handle insecurity if he were to be president, Bafarawa said: “Unfortunately, I am not going to be the President and I don’t want to be the President.”

Speaking on why he dropped the presidential ambition, the Peoples Democratic Party (PDP) chieftain said: “It is a question of not having the will to do something. There was a time I was in politics; the will to do it was there. Now, I don’t have it. I feel I have done my best based on the opportunity given to me and I am grateful for what God has done for me.