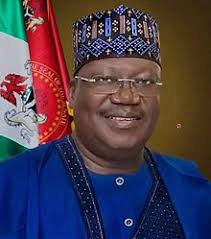 Senate President Ahmed Lawan has declared his intention to contest in the 2023 presidential election.

Lawan declared on Monday and stated that he will be contesting under the ruling All Progressives Congress (APC).

He becomes the 24th aspirant to pick the party’s expression of interest and nomination forms for the May 30 primary.

According to The Nation, a group of his friends led by Chief Sam Nkire, a member of the National Caucus of the party and 15 other Senators, purchased the form for him at the International Conference Centre, Abuja.

Related Topics:Ahmed Lawan
Up Next