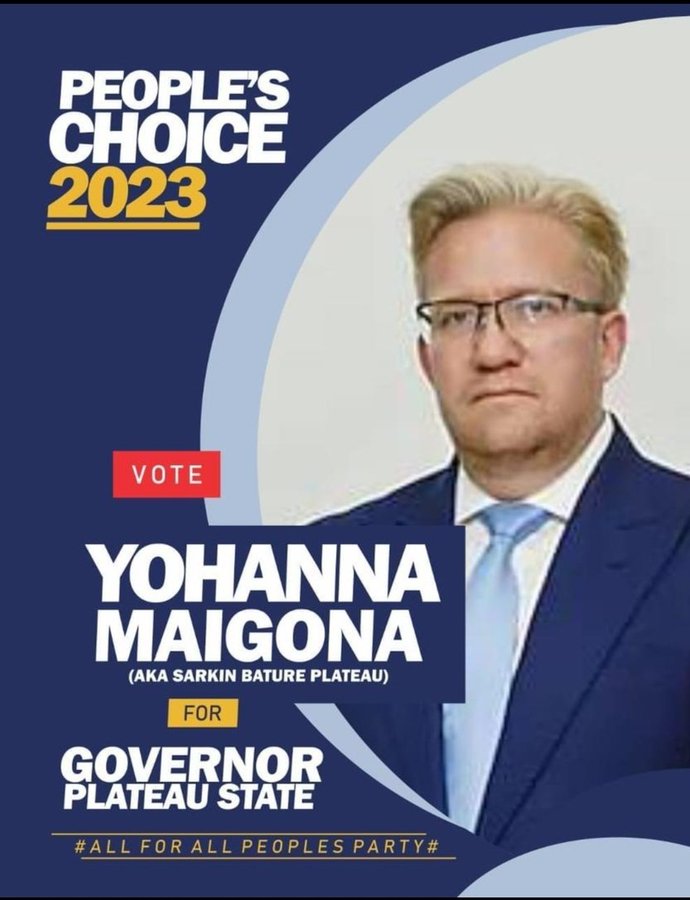 Wiebe Boer, also known as Yohanna Maigona, a Dutch Nigerian, has expressed his interest in the Plateau State governorship contest.

Maigona’s party was dubbed “All for All Peoples Party” in a banner that went viral on the internet.

Maigona, who has lived in Jos his entire life, speaks flawless Hausa.

He is conversant in Hausa and attended a secondary school in the city.

Maigona is the CEO of All On Energy, which is involved in renewable energy, such as solar power.

He also has an affiliation with Pan African Writers Association (PAWA).

On 12 May 2021, Maigona, also officially called Wiebe Boer, was the interviewer of Professor Wole Soyinka, the first guest of PAWA’s Conversation Series.

Related Topics:DutchWiebe Boer
Up Next