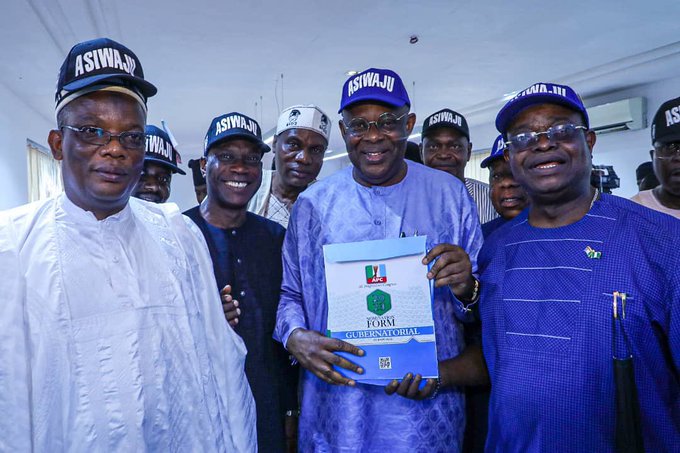 The National Leader of the All Progressives Congress (APC) Bola Ahmed Tinubu on Friday purchased APC’s nomination and declaration of interest forms for the 2023 presidential election.

Tinubu who is presently in Saudi Arabia, performing the Islamic lesser hajj was represented by some close associates which includes House of Representatives member from Ikeja Federal Constituency, James Faleke; member representing Agege Federal Constituency in the green chamber, Babatunde Adejare; and a former Secretary to the Government of the Federation, Babachir Lawal at the APC National Headquarters.

Lawal spoke to the press after the Presidential Nomination forms was picked for Tinubu by his campaign organisation, this afternoon. He expressed confidence in the ability of the APC National Leader, saying he is the man for the job.

Tinubu is expected back in Nigeria next week