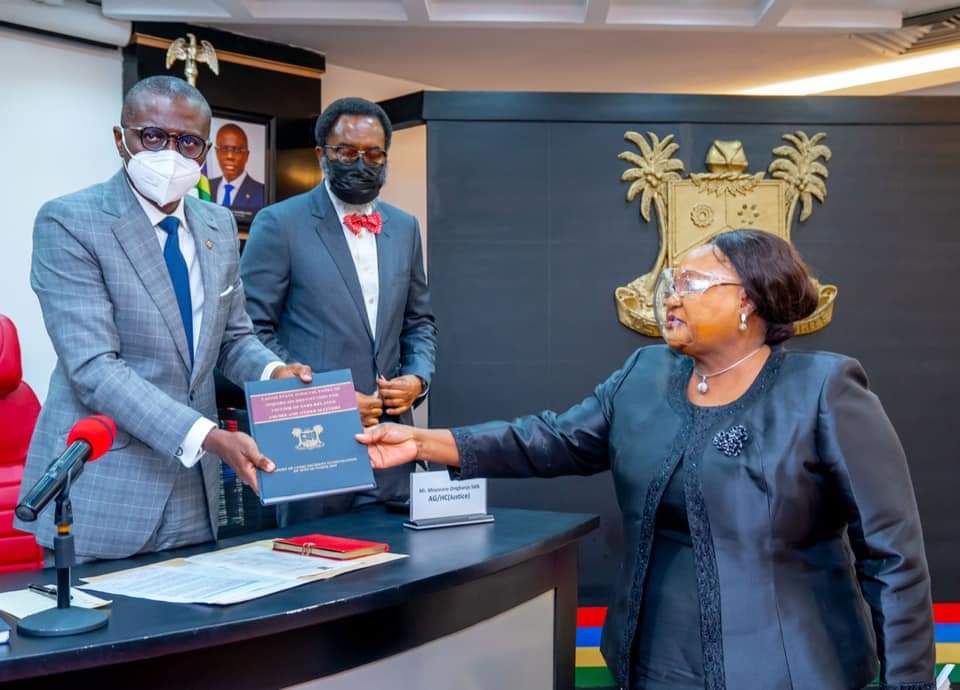 The United States government has welcomed the conclusion of work by the Lagos State Panel for victims of SARS related abuses and other matters.

This is coming after Governor, Babajide Sanwo-Olu received the findings and recommendations of the judicial body tasked to investigate petitions on Police brutality as well as Army’s invasion and shooting at the Lekki Toll Gate on October 20, 2020 during End SARS protests.

In a statement on Tuesday, the US Mission in Nigeria said America awaits the response from President Muhammadu Buhari government and Lagos authorities.

The Embassy noted that official actions are part of a process that represents an important mechanism of accountability regarding the EndSARS protests and events at the toll gate.

“Those events led to serious allegations against some members of the security forces”, the statement reads.

“We look forward to the Lagos State and federal governments taking suitable measures to address those alleged abuses as well as the grievances of the victims and their families.”

Related Topics:#EndSARSpanelUS Mission
Up Next