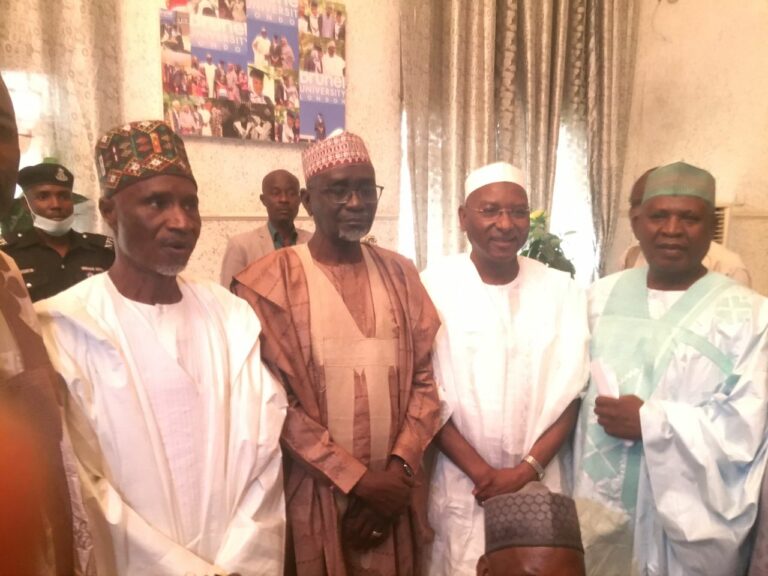 Professor Hafiz Abubakar, deputy governor of Kano in the first term of Governor Abdullahi Umar Ganduje, has pitched his tent with Senator Ibrahim Shekarau in the ongoing crisis rocking the state chapter of the All Progressives Congress (APC).

Shekarau, a two-term former governor and current senator representing Kano central, had led some federal lawmakers and other stakeholders of the APC in Kano to break away from the leadership of the party under Ganduje.

The crisis had led to two parallel executives in the state with Abdullahi Abbas emerging as the Ganduje-endorsed chairman and Ahmadu Haruna Danzago emerging as chairman of the Shekarau’s camp.

In the latest development, Abubakar, who resigned as Ganduje’s deputy in 2018 but later reunited with him after the 2019 election, was sighted at an event at Shekarau’s house in Kano.

Abubakar was the Ganduje’s deputy from 2015 to 2018 when he dumped the governor to contest for 2019 governorship election under the Peoples Democratic Party (PDP).

However, disappointed with the endorsement of Abba Kabir Yusuf as the PDP candidate, Abubakar also dumped the PDP for People’s Redemption Party (PRP) to contest his governorship but also lost the party’s ticket.

After the 2019 elections, Abubakar rejoined governor Ganduje’s APC but he later pulled out.

In an interview with journalists at Shekarau’s residence, on Tuesday, Abubakar said he is aligning himself with Shekarau camp, which he described as the future of the party.

“I am aligning myself with the truth and future, which is the Shekarau’s camp because it is talking about internal democracy and all inclusiveness in party politics.

“I think the position Shekarau is leading is the one for the future. Let us come and run the party as it should be. Let people be respected. Let it be inclusive. Let people’s views be respected and matter. Let there be internal democracy where the voice should count and matter,” he said.