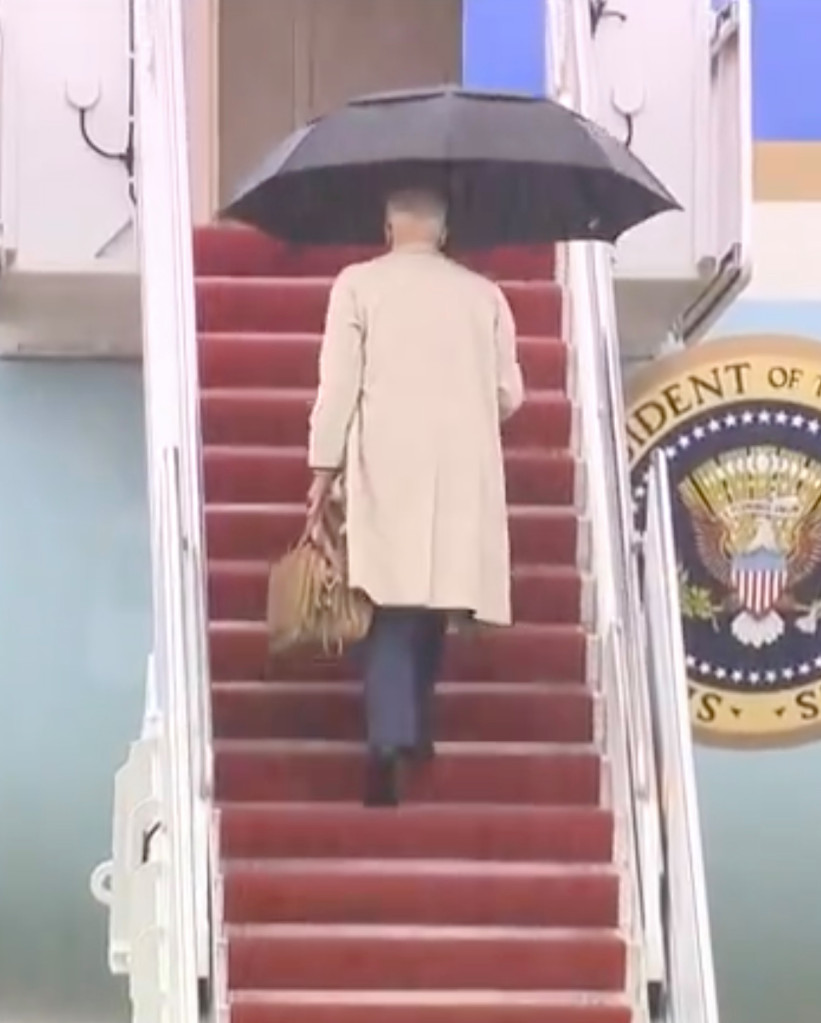 President Joe Biden stumbled for a moment on the stairs of Air Force One Wednesday — but ultimately had a smoother climb than when he fell repeatedly while boarding the plane earlier this month.

Footage shows the coordination-challenged commander-in-chief carefully traversing the stairs before apparently nearly missing a step while leaving on a flight to Pittsburgh, Pennsylvania.

The 78-year-old president made the ascent while headed off to promote his $2 trillion infrastructure plan.

On March 19, Biden raised eyebrows when he tripped twice and then fell over as he tried to jog up the stairs of the idling aircraft at Joint Base Andrews.

“I know folks have seen that President Biden slipped on his way up the stairs to AF1, but I’m happy to report that he is just fine and did not even require any attention from the medical team who travels with him,” she said.

Young Man Forced Out Of Police Station, Burnt To Ashes For Blasphemy Against Prophet Muhammed