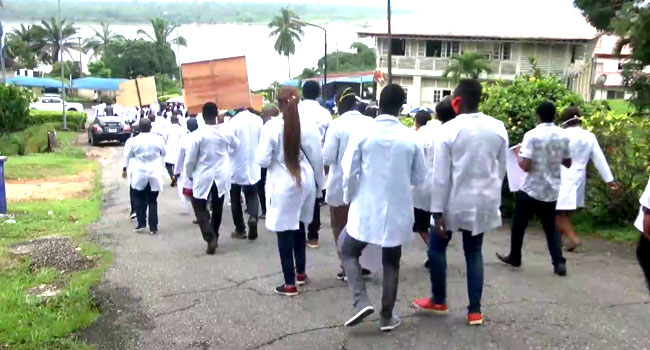 Members of the Nigerian Association of Resident Doctors (NARD) have commenced an industrial action across the country.

The strike which was scheduled to begin on Thursday followed an ultimatum issued to the Federal Government which expired on Wednesday.

NARD President, Dr Uyilawa Okhuaihesuyi, announced the commencement of the nationwide strike during an interview on Sunrise Daily – a breakfast programme on Channels Television.

The National Association of Resident Doctors (NARD) says it has embarked on an indefinite strike Thursday morning.