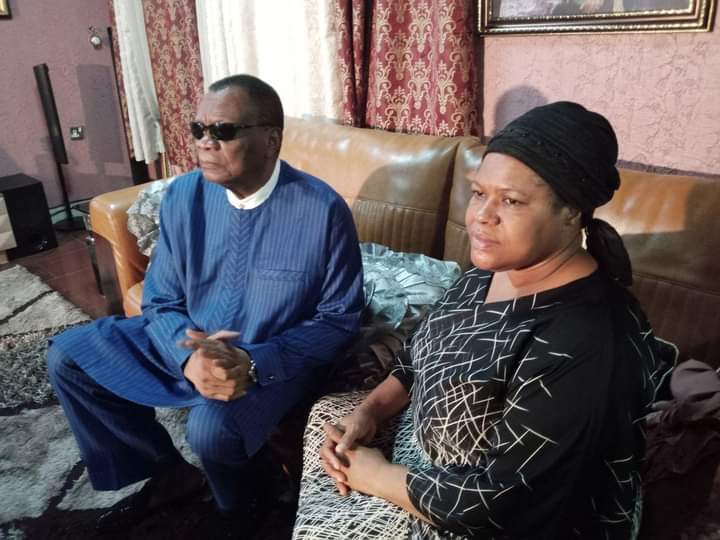 Trixx NG reports that the leader of Christ Apostolic Church, Prophet SK Abiara has visited the widow of Prophet TB Joshua who was called to glory last weekend.

Yesterday, the Lagos State Government was there to present a signed Console letter by the governor, also, several state government including the federal government have sent their condolence messages to SCOAN, His family and widow