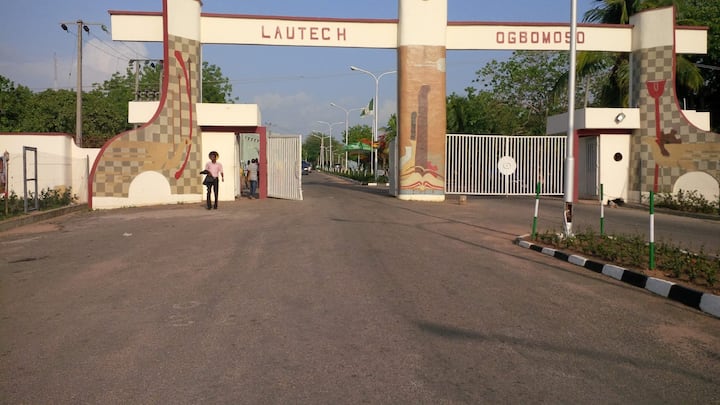 Trixx NG reports a viral video of female Muslim student who was allegedly humiliated by the Dean of Faculty of Nursing for wearing Hijab (a veil usually worn by female Muslims to cover their head) at the Ladoke Akintola University of Technology (LAUTECH) Ogbomoso, Oyo state.

According to a video, the incident occurred on Wednesday when the board of Open and Distance Learning Programme addressed the newly admitted nursing students.

It was gathered that the Dean of the Faculty, Professor Ajibade Lawal while addressing the students asked one of the students who was wearing a Hijab to leave the class.

Lawal had earlier said that scrub is the only approved uniform for student nurses.

He maintained that any other form of dress must not be put atop or underneath the scrub.

The action of the Dean angered the students who vowed to disrupt academic activities in the institution today.

The students who asked Lawal to apologize in public, described the action of the lecturer as a violation of the rights of the female Muslim students.

Public Relations Officer of LAUTECH, Mr. Akin Fadeyi, who confirmed the incident in a statement on Thursday noted that the case was being handled by the university management.