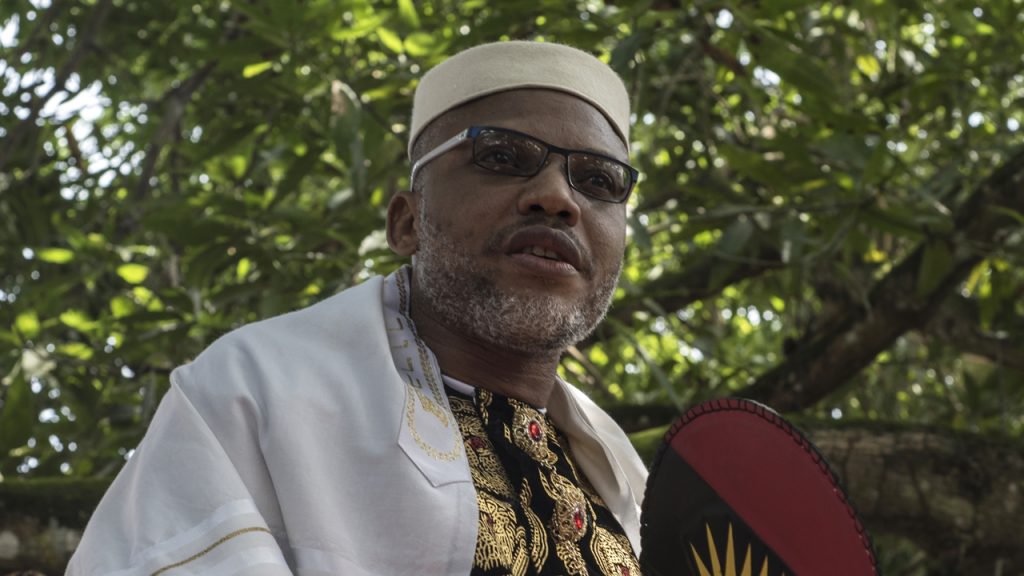 The Department of the State Services (DSS) has reacted to the alleged maltreatment of the leader of the Indigenous People of Biafra (IPOB) Nnamdi Kanu, in its custody.

Trixx NG had reported that the Lawyer to the IPOB leader, Aloy Ejimakor, had raised an alarm over the inhumane treatment of his client in DSS custody.

But in an interview with The PUNCH on Thursday, DSS spokesperson, Peter Afunnaya said the agency would not be making a statement on the allegations.

Afunnaya, however, asked Kanu’s lawyers to seek redress in court if the rights of their client has been violated.

He said, “The DSS is not likely to make any public statement on a matter that is subjudice. Besides, any aggrieved parties can seek redress as maybe appropriate in law.”

Related Topics:DSSIPOBNnamdi kanu
Up Next

‘’My Younger Brother Died In My Presence’’ – Dangote Laments