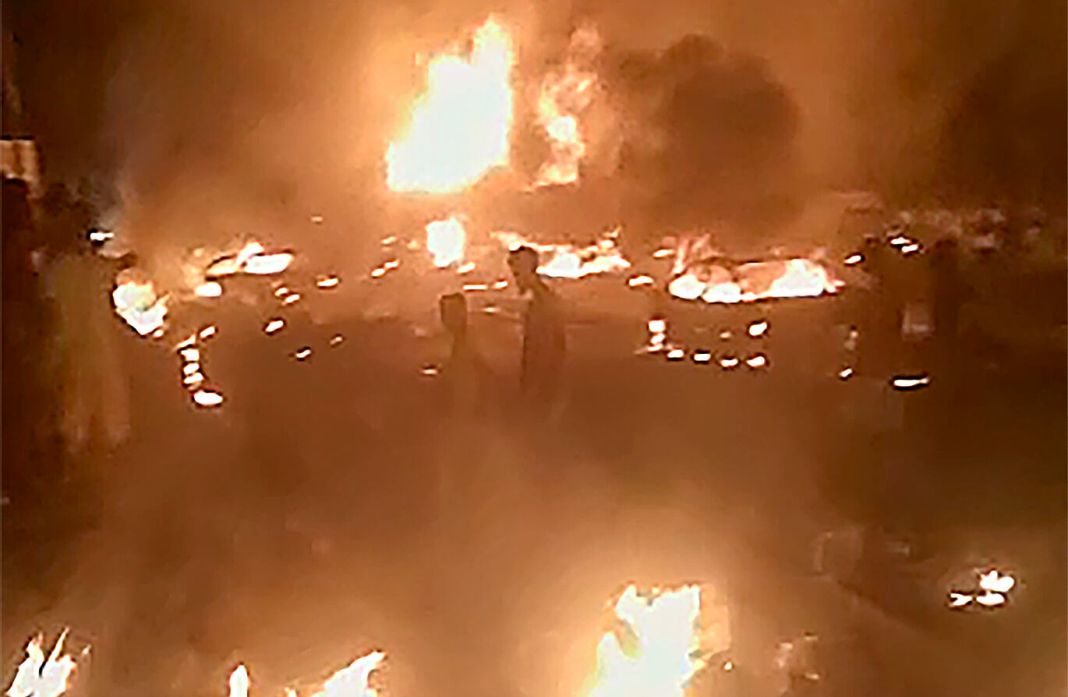 Eight people have been confirmed killed and 15 others injured on Wednesday in two different crashes in Ogun State.

Trixx NG learnt that an early morning accident on the Lagos-Ibadan Expressway reportedly claimed the lives of five people, who were burnt to death.

The accident, which involved a petrol tanker laden with Premium Motor Spirit and a truck, occurred around the Tunji Alegi Filling Station in the Kwakyama area of Ogere and a truck.

Five vehicles that were parked along the road were also consumed by the inferno.

Another accident occurred a few hours later at the Sand Crete area, Ogunmakin, on the Lagos-Ibadan Expressway, leaving three people dead and 15 others injured.

She attributed the first accident to dangerous driving and wrongful overtaking on the part of the petrol tanker.

Okpe explained that the tanker, which was on top speed, collided with the truck, which was travelling from Lagos to Ibadan, while trying to overtake.

She said, “A total of five persons were burnt beyond recognition. They were recovered from one of the crashed trucks and deposited at the FOS Morgue, Ipara.”

She added that the second accident involved two vehicles: a Mazda bus, marked SKN135 XA, and a Range Rover, with number plate, 345DCT.

She said, “Fifteen persons were injured: seven male adults and eight females. The commercial bus caught fire, while the Range Rover was totally damaged and yet to be recovered from the bush.

“Three deaths were recorded from the crash: one of them was burnt beyond recognition.”

Okpe disclosed that the victims of the accident had been taken to the Idere hospital for medical attention.

BREAKING! Psquare Finally Reconcile, Hug Each Other In Public After Five Years (VIDEO)