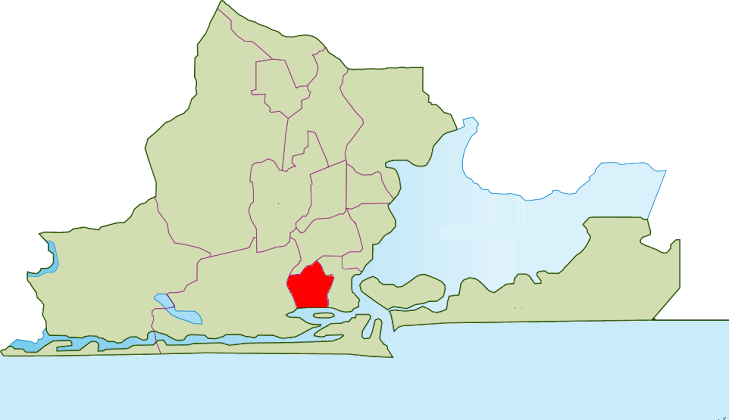 Point of Sale operators in the Ajeromi Ifelodun Local Government Area of Lagos State have been asked to pay a daily levy of N100 from Monday to Friday or face their shops being locked up.

The fee is allegedly the latest development despite other tax levies that are being demanded, according to Saharareporters.

POS operators in the LG noted that the levy was not approved, adding that it was an idea brought up by some All Progressives Congress (APC) members to exploit them.

Some of the operators urged the Lagos State Government and House of Assembly to stop the collection of the levy, which they described as exploitative and an additional burden to bear.

A source said: “The Executive Chairman imposed daily taxes of N100 on POS operators in Ajegunle. They collect yearly demand notice, which is a tax on shops but yet they want to be collecting N100 daily.

“The councillor told me that some elements in the All Progressives Congress party submitted a proposal to the chairman for them to be collecting N100 and he accepted. They charge based on shop size, not even the profit of the business yearly.

The Ajegunle People’s Movement made a statement which condemned the local government’s decision, stating that it was aimed at making life hard for entrepreneurs.

“This is due to the fact that it is exploitative and heartless, and it is intended to rip off POS operators and other small businesses. We hereby call on the POS operators, small and medium scale business owners and artisans to unite to campaign and resist this obnoxious policy.

“The statement was made via a circular on the letterhead of Ajeromi-Ifelodun Local Government, without the signature of the local government chairman. The implementation, which will begin on November 8th, 2021, is a case of double taxation, which has pushed numerous artisans, market women and men, street vendors, traders, and small and medium-sized businesses to close their shops.

“Already, many small and medium-sized enterprises in Nigeria have collapsed as a result of the difficult business environment; double taxation, and offensive government regulations and policies. This is in addition to the fact that the management of COVID-19 has made life more difficult for many families and people, even graduates, who now rely on the POS as a means of livelihood in the poorly managed Nigerian economy run by the APC, PDP and other bourgeois political parties.

“The fraudulent aspect of it is that the local government would be collecting the illegal N100 on a daily basis through designated touts and thugs to whom the POS operators have already paid the yearly corporation tax or lock-up shop (demand notice) on behalf of the local government. Obviously, it is a well-established APC thuggery-style forceful tax collection mechanism throughout Lagos State, and it is in conflict with all relevant sections of the Lagos State Tax Law.

“APM, on the other hand, calls on POS operators, artisans, market women and men, traders, street business vendors, and other small and medium businesses to mobilize for a series of mass meetings in order to resist any obnoxious taxes including the current daily N100 and local government policies that are detrimental to their survival.

“Finally, APM asks that the order for the daily collection of N100 by the local government be cancelled. Instead, we urge the local government to establish financial assistance programs as well as improvement in public infrastructures like electricity, portable water supply, road, public education and healthcare to assist artisans, traders, market women and men, and other small businesses to survive.”