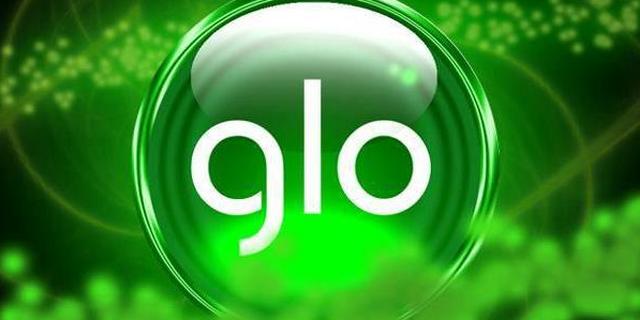 Globacom’s impact on Nigerians over the past 19 years of its existence has transcended the provision of innovation-driven high quality telecommunication services as the company continues to raise the bar in subscriber empowerment and programme sponsorship.

Its entry into the telecoms industry in 2003 was the game changer Nigerians had long awaited as tariffs came tumbling following the introduction of per second billing system. That should have sufficed as a selling point given the pull it had for subscribers, but Glo was out to make an unequivocal statement that customer satisfaction was (and still is) its raison d’être. So, it also introduced the 2.5G technology, which offers GPRS with services such as multimedia messaging, mobile banking, mobile internet and BlackBerry, among other services that were hitherto not available in the country as other telecoms companies had operated on the 2G technology.

Glo has lived up to its pseudonym as it has consistently deployed its vast financial, technical and human resources to improve service delivery to consumers with a view to holding firmly to its rating as the network of preference for all categories of subscribers by providing premium service at minimal rate.

Determined to raise the bar of telecoms service in the country and give its subscribers topnotch deliverables, Glo, in 2008, launched the third generation technology (3G Plus), thus scoring another first, as the pioneer of this technology which supports video calling, high speed internet (HSI), mobile TV and video not only in Nigeria but in the whole of the West African sub-region. This has since been upgraded to the 4G technology.

In 2011, Globacom became the first single telecommunication company in the world to own its international submarine cable when it unveiled Glo 1, the 9,800 km-long submarine cable with a minimum capacity of 2.5 Tbit/s. Glo 1, which enables direct connectivity between West Africa, and the rest of the world, has landing points in Lagos in Nigeria, Accra in Ghana, Senegal, Nouakchott in Mauritania, Casablanca in Morocco, Bude in England and Vigo in Spain, among others. Recently, Glo signed a partnership agreement with an Israeli network equipment supplier, Ceragon Network, to improve its service in rural areas and also increase broadband access to the latest 5G network. With that, the company offers top of the range services to it’s almost 60million subscribers spread across the country.

But Glo is not just interested in meeting the telecommunications needs of Nigerians; it has also committed itself to supporting its subscribers to live their dreams. This it has done by providing its customers with the tools and resources needed to be successful. It also supports and promotes entertainment, sports and festivals like no other company in the country.

Thus, added to its sobriquet as the ever improving network, Globacom has also justifiably earned a reputation as the most appreciative company with the countless loyalty-reward promos it has held.

Over the years, Globacom has launched series of promos through which different types of empowerment prizes have been won by Nigerians across the country. From Glo Overload to GloAllawee, Text 4 Millions, Made for Life, Recharge to Stardom, 180 cars in 180 days, Glo CAF Award promo, Everyday Bonanza and Recharge, Win Big to Joy Unlimited Extravaganza promo, Glo has transformed the lives of thousands of its subscribers, taking them to height they never envisaged.

Right from the commencement of its operation, Globacom has been associated with the development of Nigerian music. Consequently, the company has promoted leading Nigerian music talents through the sponsorship of music shows such as Rock ‘n’ Rule, GloNaija Sings, Laffta Fest and the world’s number one music singing talent reality TV show, X Factor, which berthed in Africa for the first time in 2013. Globacom has also been involved in shows such as Slide and Bounce concert as well as Glo Mega Music.

The company also supports the movie industry in Nigeria (Nollywood) and in Ghana (Ghollywood). Many of the actors and actresses in both countries have emerged as Glo Ambassadors, thus projecting the continent in a refreshing light through African movies.

Only recently, Globacom brought the world’s biggest dance reality show, Battle of the Year, to Nigeria. The winners in seven different categories went home with mega millions in cash prizes, space wagon and opportunity to represent Nigeria in global competition.

Similarly, the company sponsors the Glo Evergreen Series, which is a music concert designed to honour successful African music icons for their outstanding contributions to African music over the decades. The concert is always a blend of classic and contemporary music as some new generation musicians such as D’Banj, Yemi Sax and M.I collaborate with legends like King Sunny Ade and Chief Ebenezer Obey on stage.

Globacom is also the nation’s leading light in festival sponsorship. The company has partnered with several communities across the country on the sponsorship of major festivals and promotion of culture and traditions.  These include Ojude Oba in Ijebu-Ode, Ofala in Onitsha, Lisabi in Abeokuta, Imeori in Abriba, Oru – Owerri in Imo State, Afia- Orluin Nnewi andAbia –Ugwa in Isialangwa in Abia State. Through these sponsorships, Glo has given a new lease of life to the festivals, while also as empowering some lucky individuals in the communities through various prizes won at promotions dedicated to the festivals.

Globacom has initiated a number of private sector-led poverty eradication initiatives in several states across the country. These include empowerment of unemployed youths to establish commercial call centres, working in partnership with several states across the country and some public sector development agencies including the National Poverty Eradication Programme (NAPEP), and the Niger Delta Development Commission (NDDC).

Globacom has also extended its support to the nation’s education sector. It has sponsored infrastructure development in secondary schools as well as tertiary institutions in different parts of the country. In addition, Dr Mike Adenuga Jr (GCON), Globacom chairman, also endowed a professorial chair at the University of Lagos, in addition to the donation of N150million to University of Nigeria, Nsukka in 2011 for infrastructural development.

Bayelsa State Government was also a beneficiary of the good gesture of Globacom as its Chairman donated N500million to the state to support its post-flood disaster management effort in 2012.

Globacom has contributed more to sports development in Nigeria and Africa than any other company in recent memory. In 2011, it signed a N2billion sponsorship agreement with the Nigeria Football Federation (NFF), thus becoming the official telecommunications partner of NFF and major sponsor of the Nigerian national teams.  Two years later, the Glo support began to show positively with the Super Eagles winning the 2013 African Cup of Nations in South Africa. In addition, the company sponsored the Nigerian league from 2003 to 2010 seasons. It returned in 2013 when a new N1.9 billion agreement was signed, lasting up to 2016. The telecommunication company also sponsored the Ghana Premier League for many years.

Globacom sponsored the annual Glo-CAF Awards which celebrates the best of African football for over a decade from 2005 to 2016, a period in which the profile of the awards rose from a continental event to a globally recognized event on the sporting world calendar.

In 2010, Globacom signed five seasons’ relationship with Manchester United. This led to a partnership between the two brands on several football development projects. Globacom partnered Manchester United to leverage on the club’s achievements and successes to develop the game of football in Nigeria and in Africa.

As part of Glo’s contribution to football development, the Glo Soccer Academy, a West African Soccer TV Reality show, was organised to discover and train talented young footballers in the sub-region. At the end of the academy, 16 outstanding players emerged and were rewarded with mouth-watering prizes including N5million for the Most Valuable Player (MVP) and N1m each for the remaining 15 finalists.

Globacom also extended its sports development programme to golf with the sponsorship of the Glo Golf Tour West Africa. With total prize money of over N62million, the Glo Golf Tour, as at then, offered the biggest pro-am purse for golf in Africa.

To enhance the performance of national teams in West Africa, Globacom took over the sponsorship of the Football Supporters’ Clubs of both Nigeria and Ghana, thus empowering them to continue to cheer the national teams to victory in their respective engagements.

The Lagos Int’l half marathon was first held in February 2009 after Globacom entered into a five-year sponsorship agreement with the Athletic Federation of Nigeria (AFN). The event had an encore in 2010. The marathon drew the core of elite marathoners from all over the World, especially the top-ranked runners from Ethiopia, Kenya and other East African countries.  World champion and legend, Gabriel Haile-Selasi, made a guest appearance at the last edition.

As part of its support for literary works, Glo is a major sponsor of the prestigious Wole Soyinka Prize for Literature in Africa. It is a biennial award for the best literary work produced by an African. It was established by the Lumina Foundation in 2005 and has since been serving as an African equivalent of the Nobel Prize, particularly in recognising and encouraging professional and personal excellence.

With Globacom’s stride in improving telecommunication and quality of life of Nigerians, and indeed Africans, there is no doubt that the company will serve the nation and the continent better as it marches into the future.