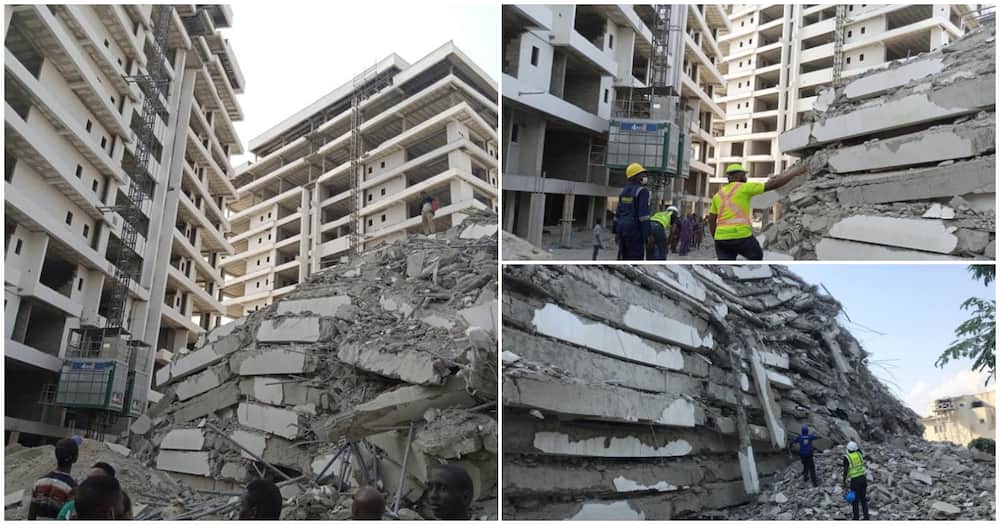 For months, they remained unknown, unseen and unheard of. When many were mourning the loss of lives and asking questions, they remained quiet. Now the veil has been lifted off the owners of the collapsed Ikoyi building, which killed scores of workers and others, including the owner of Fourscore Heights Limited, the company that initiated the project, Mr Femi Odubona.

The property on 44B, Gerrard Road, Ikoyi, went down on November 1,2021. Subscribers reportedly paid millions of dollars for a piece of what promised to be a beautiful edifice with a commanding height on the skyline of Ikoyi – home of the rich and powerful.

Now, the mystery of the owners of the doomed property has been resolved. Some individuals have gone to court in a desperate bid to stop the Lagos State Government from demolishing the other buildings on the site after experts have certified them unfit to stand.

There are, also, two companies Kwara Business School Limited and Saikoyi Property Limited. The owners are not specified.

Where have they been all this while? Why did they not approach the panel of inquiry set up by the government to say all they knew about the property? Are they more interested in their money than the lives lost in this misadventure? These are some of the questions people are asking.

A government source said the state was studying the memorandum of claim served on the company handling the demolition of the two buildings that were left standing after the incident. “However, it is not right for them to say that the government can’t take over the property. The law states explicitly that when a property collapses, the government automatically takes over the property.”

The source added: “It’s all in the public interest and the government said so. Where were they when the Panel of Inquiry sat and took far-reaching decisions on the matter. The Government has even issued a White Paper. Were they ashamed of claiming their right? Don’t you wonder the kind of investors we are talking about? They couldn’t even ask for insurance before shelling out the huge cash they claimed to have paid the late owner of the property.”

They said it was the alleged negligence of government agencies that led to the collapse of the building, but a source who testified at the sitting of the Panel of Inquiry said that there was evidence that the site was sealed off by the Ministry of Physical Planning. “Its officials were attacked at the site. In fact, the promoter of the project was arrested. The site was reopened and the promoter was yet to show proof of all he was asked to do before the building collapsed.” He said, adding: “Now, they want to put the blame on the government; that is being clever by half.’’

A source who pleaded for anonymity said: “Now that the owners or potential owners of the doomed property have shown their face, those who lost their loved ones can go after them for compensation.”

The Lagos State Government is yet to react to the call for a meeting by the subscribers.