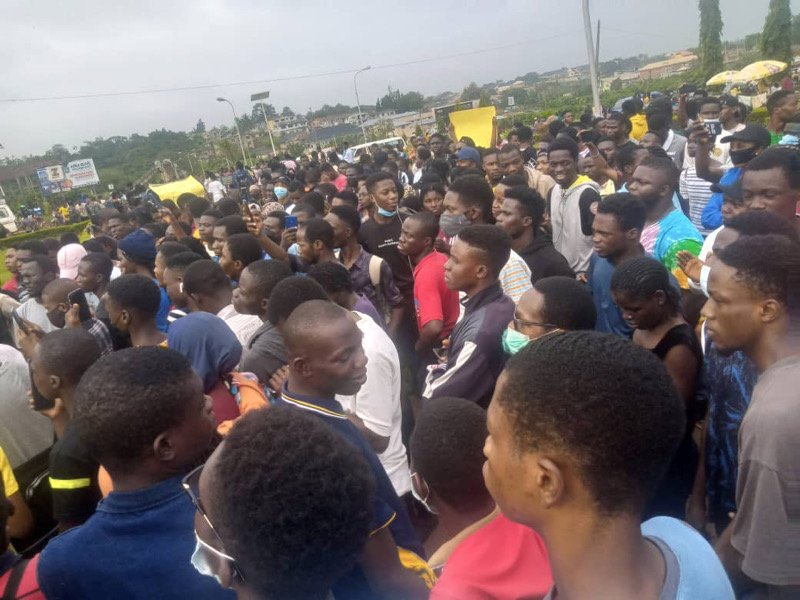 TRIXX NG reports that thousands of Obafemi Awolowo Students have trooped out of their hostels to protest against indefinite shut down of the school as announced by the management.

The school had announced an indefinite shut down due to a protest that occurred during the day over the death of a final year student.

In a video shared with this medium, student were seen singing, shouting in darkness against the management’s decision.

Nigeria@61: We must bury our differences to attain our bright future, Archbishop Martins charges citizens